50%
Tweet
ownCloud is already a powerful and useful alternative to Dropbox or other file-hosting services. Future revisions of this open source project promise to be even better.

If you're leery of trusting your data to a third-party cloud-storage service, and have a web server of your own that you'd rather use, ownCloud may be the answer. It's free software that installs on most web servers and transforms it into your own private Dropbox clone.

ownCloud, now in version 4.5.7 and with a 5.0 beta available for public testing, is close enough to what I need for my own cloud-storage file-hosting needs that I might well ditch Dropbox entirely once ownCloud 5.0 is live. The company isn't saying when the new version will be available. The current version does have some feature limitations and requires some technical skill to get set up, but it's already an extremely impressive product. 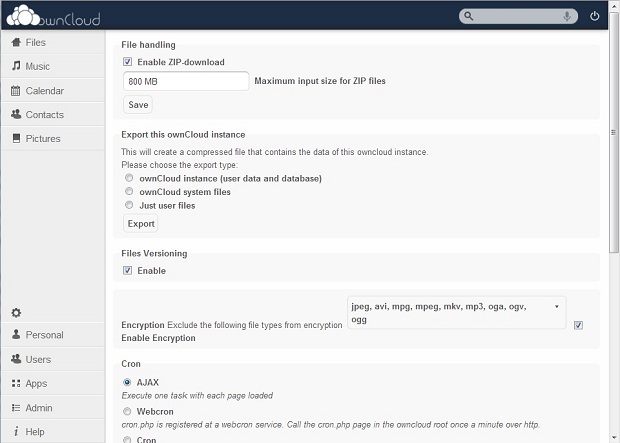 Getting ownCloud set up on your web hosting can be done either by unpacking the entire application into a directory manually, or setting up an installer stub -- a single .PHP file -- which pulls the rest of the application's files down from ownCloud's servers. An SSL certificate is not required, but is a good idea. I had trouble getting the installer stub to work, possibly because of my web host's PHP configuration, but unpacking the app by hand into a directory on my web server worked fine.

Once you have the files installed, the rest of setup is almost entirely automatic. ownCloud can use an included SQLite database for simple installations (a website for a single user), or can connect to an instance of MySQL or PostgreSQL for larger, more advanced setups (a corporate file repository). Multiple user accounts and user groups can be created with different privilege levels and usage quotas. Uploading files to an ownCloud instance can be done by dragging and dropping files into the web-based file manager, or by synchronizing from a local folder with the desktop client.

ownCloud uses a host of add-ons (called "apps"), both supplied by the creators and by third parties, to enhance its functionality. The 4.5 branch comes with a slew of apps pre-installed--a music player, a calendar system and contact manager (which can be used to organize events and contacts between ownCloud users), and a picture gallery. There's even a simple built-in text editor. One of the most useful add-ons in 4.5 enables server-side file encryption -- something people hosting their ownCloud instance on a web service will like -- and while it works decently well right now it's being deprecated and replaced with a completely rewritten implementation in version 5.

The free desktop client for ownCloud works much like Dropbox's: you designate a local folder that is then synched to and from a given ownCloud installation. If you want Android and iOS clients, those are also available -- for $1 each. The shell integration for ownCloud's desktop client isn't quite as slick as Dropbox's--it doesn't have, for instance, icons in Explorer to show if a given file has synced yet with the remote server--but it works very well, and I got it running in two separate systems without issues. 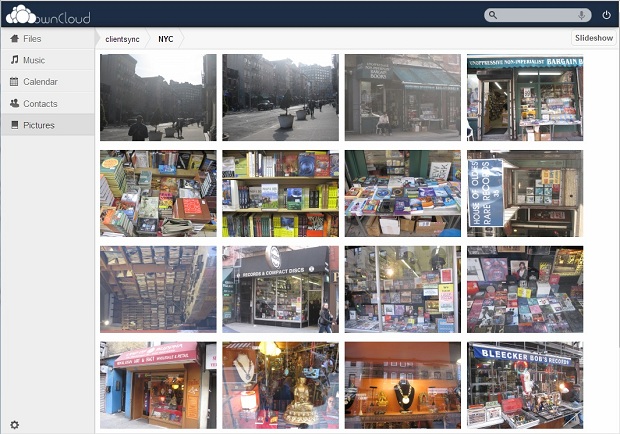 Many of my complaints with ownCloud are mostly little issues with the user interface. It would be nice, for instance, if the included image gallery plugin had some easy way to jump to the actual folder holding an image. The search function is primitive; results come up as you type, but you can't do anything with a search result except view it or download it. That said, none of these things are conceptual flaws in the software; they're presentation-layer things that can easily be addressed in future revisions.

Already a powerful and useful alternative to Dropbox or other file-hosting services; future revisions of this open source project promise to be even better.

FileCloud is the simplest way to bring file sharing, sync and mobile access to existing file storage. It is a great alternative to OwnCloud.
Reply  |  Post Message  |  Messages List  |  Start a Board

I am considering doing a self hosted version of Drop Box because one thing i have a LOT of is storage space and I am constantly filling and dumping my DropBox (too cheap to pay monthly for it). Anyways, the one more important this I need is a "quick share' type of link to a file. Does this exist? Most of the write ups I see on this platform is regarding the file syncing to your local folder, but I want to know more about it's sharing capabilities.
Reply  |  Post Message  |  Messages List  |  Start a Board
Editors' Choice
Hot Topics