Another day, another low-cost smartphone promising to change the market appears -- or two of them do. This time the devices are the brainchild of former Apple CEO John Sculley and his new company Obi Worldphone.

In the past month, a number of companies have introduced low-cost smartphones that target emerging markets as handset sales have begun to slow in the US, Western Europe, and other mature markets.

How these low-cost devices will make up for lost smartphone sales elsewhere is not clear, but the companies behind them are trying to pack in as many features as possible.

The Obi SF1, named after the city where it was developed, sports a unibody design with metallic accents and a raised glass display. It runs Android version 5.0.2 Lollipop. The smartphone features a 13-megapixel main camera with automatic focus and LED flash powered by the Sony IMX214 Exmor sensor, offering geotagging, touch focus, face and smile detection, panorama, and high dynamic range (HDR). 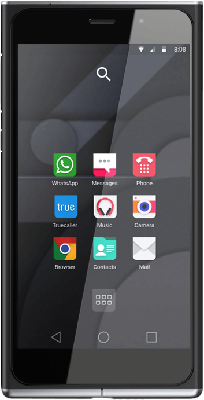 The sophisticated camera boasts an impressive array of extras, including the Qualcomm OptiZoom camera feature, which allows users to zoom in at a resolution beyond normal digital zoom levels, and hybrid autofocus with phase-detection technology.

The SJ1.5 3G smartphone, which retails for $129 and is named for San Jose, is powered by a MediaTek MT6580 quad-core processor and has an asymmetrical design sporting a squared-off top and a curved bottom.

[Read about smartphones and human behavior.]

In addition to featuring dual SIM slots, the SJ1.5 comes with 16GB of internal storage and a card slot for memory expansion. It features dual cameras and a 5-inch HD display protected by Corning Gorilla Glass 3.

Running Android Lollipop -- version 5.1 -- the smartphone gives users the option to deploy Obi icons and backgrounds, and is available in four color combinations which come with a fingerprint-free coating.

In addition to the phones, Obi announced two security and privacy features. The first is AVG Antivirus Pro for Android to help protect the smartphones from malware, viruses, and theft. The second is Android's built-in security layers for protection against intrusions.

Nathan Eddy is a freelance writer for InformationWeek. He has written for Popular Mechanics, Sales & Marketing Management Magazine, FierceMarkets, and CRN, among others. In 2012 he made his first documentary film, The Absent Column. He currently lives in Berlin. View Full Bio
We welcome your comments on this topic on our social media channels, or [contact us directly] with questions about the site.
Comment  |
Email This  |
Print  |
RSS
More Insights
Webcasts
Building Asset Management into Your Enterprise Security Strategy
Take DevOps to the Next Level
More Webcasts
White Papers
From MFA to Zero Trust
5 Reasons to Protect your VPN with Multi-Factor Authentication
More White Papers
Reports
2021 Application Security Statistics Report Vol.2
The State of CCPA 2021
More Reports

How odd that John Sculley. with all the options available, chooses to go into the smart phone market. I think he's still trying to prove to the ghost of Steve Jobs that he's good enough to run a company like Apple. Good luck on that.
Reply  |  Post Message  |  Messages List  |  Start a Board
InformationWeek Is Getting an Upgrade!