Just one day after releasing an ad touting the GS5's camera over the iPhone's, Samsung must replace some devices due to faulty cameras.

There's something to be said for karma. In a commercial on April 24, Samsung compared the iPhone's camera unfavorably to that of the Galaxy S5. On April 25, word broke that Galaxy S5 owners are being forced to return or exchange the GS5 due to camera problems. That's gotta sting, Samsung.

Most of the 60-second ad (below) boasts about the GS5's features, such as the 5.1-inch HD screen, water resistance, and, of course, the camera. Comparing two images side by side -- one taken with the GS5 and the other with the iPhone -- Samsung says the GS5 "snaps photos with twice the resolution of the iPhone." That is correct -- the GS5 features a 16-megapixel camera, while the iPhone 5s has an 8-megapixel camera.

But, as most photographers will tell you, megapixels aren't everything when it comes to cameras. A multitude of factors play a role in creating a good image, including the sensor, the size of the pixels, focus, the lens elements, image processing, and so on. Samsung didn't lie in its commercial, but choosing only one aspect of the camera for comparison certainly isn't telling the whole story. (Technically, Samsung could say the GS5 takes photos with four times the resolution of the HTC One, which has a 4-Ultrapixel camera.)

Just 24 hours later, Samsung had egg on its face. Galaxy S5 owners are reporting problems with the camera. Support forums indicate users are seeing an error message, after which the camera crashes and cannot be reopened. The rest of the device functions fine, but once the error hits the camera app, it cannot be fixed. Restarting or resetting the Galaxy S5 does not resolve the problem. 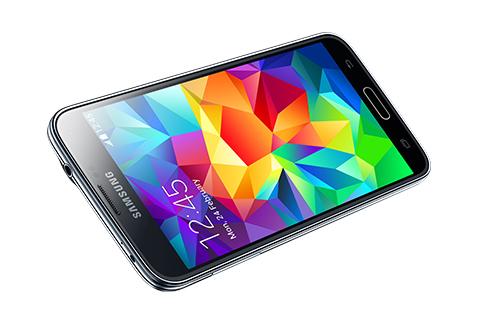 "Samsung is committed to providing the best experience for customers," the company said in a statement issued Friday. "We have learned that a limited number of Galaxy S5 devices may have an issue that causes 'Camera Failure' pop-up error message. We ask that customers affected visit their carrier for service under Samsung's standard limited warranty." Owners of defective Galaxy S5s can exchange them for new handsets at their carrier store. The return/exchange should be fairly straightforward, since most units have been in the market for less than 30 days. The devices in question were distributed mostly in the US and Canada.

"We have discovered that the issue has been seen in a very limited portion of early production Galaxy S5 units," Samsung explained Monday, "and was caused by complications in the ROM (Read Only Memory) component which stores the information necessary to operate the camera." Samsung did not say how many units were involved, and it did its best to downplay the issue.

Have you experienced a problem with the GS5's camera? Let us know.

Our InformationWeek Elite 100 issue -- our 26th ranking of technology innovators -- shines a spotlight on businesses that are succeeding because of their digital strategies. We take a close look at the top five companies in this year's ranking and the eight winners of our Business Innovation awards, and we offer 20 great ideas that you can use in your company. We also provide a ranked list of our Elite 100 innovators. Read our InformationWeek Elite 100 issue today.

Eric is a freelance writer for InformationWeek specializing in mobile technologies. View Full Bio
We welcome your comments on this topic on our social media channels, or [contact us directly] with questions about the site.
Comment  |
Email This  |
Print  |
RSS
More Insights
Webcasts
Building Asset Management into Your Enterprise Security Strategy
Managing a Hybrid Cloud Infrastructure
More Webcasts
White Papers
Identify Threats 82% Faster: The Value of Threat Intelligence with DomainTools
The 2021 Threat Hunting Report
More White Papers
Reports
Are We Cyber-Resilient? The Key Question Every Organization Must Answer
DNS Network Traffic Volumes During the 2020 Pandemic
More Reports

This is yet another reminder not to be the first in line to buy a new product. Every hardware maker has issues at some point and they tend to surface when new models are introduced. Wait for v2.0 if you can or a least for a month or so.
Reply  |  Post Message  |  Messages List  |  Start a Board

I'm eyeballing the S5 as my next phone. But even though this is a significant camera glitch, it doesn't hold me back because Samsung came clean quickly and is offering trade-ins for defected phones.
Reply  |  Post Message  |  Messages List  |  Start a Board
InformationWeek Is Getting an Upgrade!