Users of Chrome on Android devices should see improved speed and security.

Google said Thursday that it deployed improved encryption in Chrome on Android this year to enhance performance on devices without AES hardware acceleration, such as most Android phones, Google Glass, and older computers.

Google introduced a new TLS cipher suite in February that works three times faster than AES-GCM on devices lacking AES hardware support. It did so following the implementation of new algorithms -- ChaCha 20 for symmetric encryption and Poly1305 for authentication -- a process that began in March 2013.

This was before NSA documents had been leaked to the news media by former NSA contractor Edward Snowden, underscoring the sorry state of Internet security. But Google's implementation of better encryption technology dovetails with a broad industry effort to place impediments in the way of untargeted intelligence gathering and to restore confidence in the security of cloud computing.

Yahoo, long a laggard in computer security, committed last year to adding HTTPS support to Yahoo Mail and to encrypting the information moving in, out, and between its datacenters by the end of the first quarter of 2014. And in December, Microsoft, acknowledging customers' concerns about government surveillance, committed to expanding encryption across its various services. 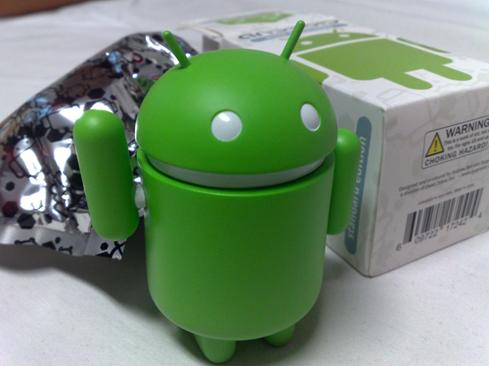 More recently, the disclosure of the Heartbleed vulnerability in the OpenSSL cryptographic library has made it clear to the open-source community, and to the companies that depend on open-source software, that more attention needs to be paid to popular open-source libraries to catch critical flaws. According to the Linux Foundation, the OpenSSL project has received about $2,000 a year in donations, which isn't much, considering the cost of patching all the systems affected by the Heartbleed bug.

None of these steps offer any guarantees against intelligence agencies armed with millions or billions of dollars in funding, corporate espionage, or rogue hackers. But perhaps sustained industrywide alarm at security shortcomings will lead to more effective remediation efforts and will add enough barriers to make mass data collection less profitable.

IT is turbocharging BYOD, but mobile security practices lag behind the growing risk. Also in the Mobile Security issue of InformationWeek: These seven factors are shaping the future of identity as we move to a digital world (free registration required).

Thomas Claburn has been writing about business and technology since 1996, for publications such as New Architect, PC Computing, InformationWeek, Salon, Wired, and Ziff Davis Smart Business. Before that, he worked in film and television, having earned a not particularly useful ... View Full Bio
We welcome your comments on this topic on our social media channels, or [contact us directly] with questions about the site.
Comment  |
Email This  |
Print  |
RSS
More Insights
Webcasts
Building Asset Management into Your Enterprise Security Strategy
SASE: The Right Framework for Today's Distributed Enterprises
More Webcasts
White Papers
Lessons Learned Investigating the SUNBURST Software Supply Chain Attack
Dark Reading Report: Battle for the Endpoint
More White Papers
Reports
Dark Reading Report: Battle for the Endpoint
Enabling Enterprise Resiliency Through Cyberthreat Detection
More Reports

At least there's some good news on this Monday morning. Improved security is a good thing to pursue.
Reply  |  Post Message  |  Messages List  |  Start a Board
InformationWeek Is Getting an Upgrade!