The latest Chrome devices are more affordable than ever, and more varied in their form factors.

Google on Tuesday announced two budget-friendly Chromebooks, a convertible Chromebook that folds into something like a tablet, and a Chrome device that's more stick than book.

Priced at $149, the Haier and Hisense Chromebooks are among the most affordable notebooks at the moment. That moment may not last very long, as Microsoft is said to be preparing Windows 10 notebooks for less than $150.

The primary technical specifications of the Haier and Hisense Chromebooks are essentially identical: 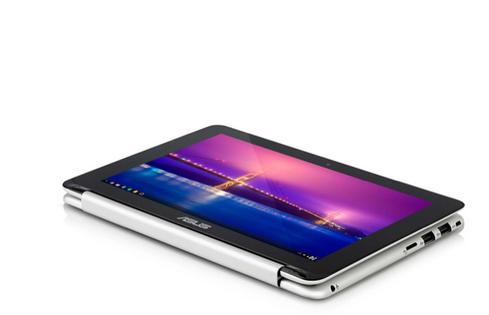 Finally, Google said that ASUS this summer plans to launch a new type of Chrome device: the Chromebit, an HDMI-stick running Chrome OS that can turn a display into an Internet-connected computer. Similar to a Chromebox, but smaller and without the extra ports, the Chromebit will sell for under $100. It may end up competing with the $129 Dell Wyse Cloud Connect stick, which runs Android. 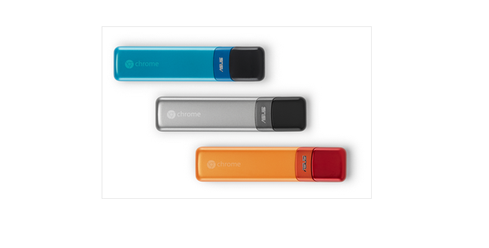 Research firm NPD estimated that Chromebooks accounted for 14% of laptops sold through US commercial and retail channels last year, up from 8% in 2013. According to Forrester, Chromebooks represented 3.1% of US enterprise laptops in use in 2014.

Forrester analyst David Johnson said in a phone interview that Chromebooks have been doing well among educational institutions and other resource-constrained organizations that need devices to be affordable and simple to use and manage. He said the low price point of the Haier and Hisense Chromebooks should be attractive to buyers in China, India, and Latin America.

Johnson said Forrester clients have expressed interest in Chromebooks for contract workers because the devices are easy to set up, manage, and integrate with enterprise systems. Microsoft helped make Chromebooks more viable for workers with light productivity needs last year, when it launched versions of Office Online apps in the Chrome Web Store.

Google sells a luxury Chromebook, too: In early March, it launched the second iteration of its high-end Chromebook Pixel for $999, $300 less than the device's first incarnation.

Thomas Claburn has been writing about business and technology since 1996, for publications such as New Architect, PC Computing, InformationWeek, Salon, Wired, and Ziff Davis Smart Business. Before that, he worked in film and television, having earned a not particularly useful ... View Full Bio
We welcome your comments on this topic on our social media channels, or [contact us directly] with questions about the site.
Comment  |
Email This  |
Print  |
RSS
More Insights
Webcasts
Key technology trends in 2021 - Making these technologies work for your business
People Are The Most Important Part of Autonomous SOC
More Webcasts
White Papers
Why Add Security to Your Skill Set and How to Do It
Intelligent Outcomes Are Key to Business Resilience
More White Papers
Reports
The Infoblox Q4 2020 Cyberthreat Intelligence Report
Assessing Cybersecurity Risk in Todays Enterprises
More Reports
Copyright © 2021 UBM Electronics, A UBM company, All rights reserved. Privacy Policy | Terms of Service