Google Glass shows promise as a tool for improving the lives of people with Parkinson's disease, but recent testing conducted through Newcastle University in the UK underscores the extent to which social hurdles complicate wearable technology's emergence from the lab. Although Glass isn't yet available outside the US -- where it's only available through Google's Glass Explorer program -- researchers from Newcastle University and the University of Sussex have been testing Glass with Parkinson's patients using five donated devices.

The researchers plan to present their findings later this month at CHI 2014, an ACM conference on human-computer interaction. The paper describing these findings, "Exploring the Acceptability of Google Glass as an Everyday Assistive Device for People With Parkinson's," explains how Glass was used by five Parkinson's patients between the ages of 46 and 70 and their caregivers. The research shows that Glass has both benefits and shortcomings.

"Glass is such new technology we are still learning how it might be used, but the beauty of this research project is we are designing the apps and systems for Glass in collaboration with the users so the resulting applications should exactly meet their needs," said John Vines,  a senior research associate at Newcastle University's computer science department and a co-author of the paper, in a statement. "What was really encouraging from this early study was how well our volunteers took to the wearable technology and the fact that they could see the potential in it."

That's exactly what Google wants to hear, given its push to promote enterprise use of Glass. The study, incidentally, was supported by a Google Glass Research Award, among other funding sources. Coincidentally, Google cofounder Sergey Brin has contributed many millions to Parkinson's research. Brin's genetic makeup gives him significantly higher odds than average of developing the disease.

Google initially pitched Glass as a consumer item, focusing on fashion and social interaction, but its message met with public skepticism and misapprehension, to the delight of organizations trying to paint Google as indifferent to privacy. Earlier this week, the company launched Glass At Work, an effort to promote Glass development among enterprises. 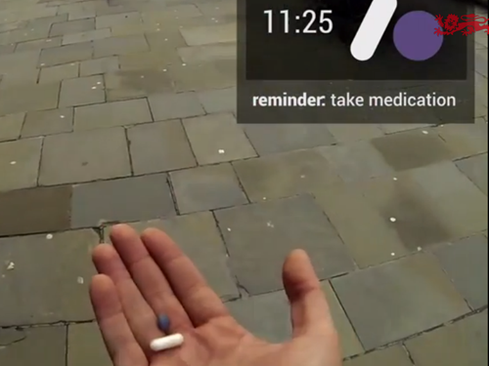 Google appears to be betting that the future of Glass lies in industry-specific and activity-specific uses, at least until it can come up with a more affordable, more usable, less threatening version for consumers -- the equivalent of a networked GoPro camera embedded in sunglasses. That's a bet that makes sense, given the growing efforts to test Glass in corporate, medical, and military settings. The research paper describes how users with Parkinson's found things to appreciate about Glass and things they'd like to see improved. It suggests that wearable computing devices have a bright future, as long as shortcomings are dealt with.

1. Stigma is a problem
The biggest drawback with Glass is that it stands out. Although many Glass Explorers have had positive experiences wearing the device in public, there have also been negative experiences in which the wearer is viewed with hostility and suspicion, not unlike the monster in Mary Shelley's Frankenstein. Following a recent incident where a woman claimed to have been assaulted for wearing Glass in a San Francisco dive bar, many suggested the victim deserved such treatment, as if Glass represented such a gross violation of social norms as to excuse violence. Glass needs a major image makeover.

The Parkinson's patients who tested the device reported a similar range of reactions. One man said no one paid attention to the Glass device he was wearing. A woman reported fleeting attention, noting that people mistook the device as something to treat presumed visual impairment. Another man "felt people were looking at me. They were staring. I found it quite hostile, it was almost like 'you're up to something.'" His wife (and caregiver) meanwhile had no issue with Glass, because her hair hid the device from view. One study participant said, "[Glass] should be black so people don't notice it."

At the same time, Parkinson's itself can be stigmatizing, particularly when physical symptoms like tremors draw attention to the condition. To the extent that Glass can improve a patient's mobility and facility to interact, technologically-induced social discomfort might be preferable to the awkwardness of impairment.

2. Search speed pleases
Glass, when it works, is fast. Patients using Glass gave it high marks as a way to search for information, which isn't particularly surprising given Google's heritage as a search engine. "The information it gave you was great… it was very quick," one patient observed. But that compliment reflects Google's investment in its search infrastructure as much as it does Glass's interface.

3. Interactive directions a winner
One patient noted how well Glass worked as a navigational tool. He said, "It was very good, it was the most interactive one I've had… so accurate it's unbelievable." Glass could be particularly valuable for elderly patients also wrestling with memory challenges, and its use as a navigational tool could make patients feel more capable and independent.

4. Sensors could help combat bad days
The researchers see potential in Glass's sensors to detect and respond to "off" periods -- the motor fluctuations experienced by many Parkinson's patients that reduce mobility. Glass also could present contextually relevant medication reminders and log data to assist medication management.

5. "Better than a phone"
The patient who appreciated Glass's responsiveness also expressed satisfaction with how the device allowed him to overcome the reduction of physical dexterity that accompanies Parkinson's. "It's better than a phone," he said. "With Parkinson's, you can't text because you can't hit the buttons. With the Glass, you would just talk, you can see what you're doing, it's just instant."

6. Overlays could provide movement guidance
Parkinson's patients experience "freezing" episodes, in which they have difficulty moving. Providing visual movement cues, like the beam of a laser pointer, can mitigate this. The researchers believe Glass would be well-suited to mimic this sort of guidance through visual overlays.

7. Voice recognition disappoints
Given the physical limitations faced by many people with Parkinson's, voice-based interaction has more appeal than fighting tremors to use a touch-screen. But Parkinson's can also affect patient's voices. The researchers noted that Glass's voice recognition was a problem for all the study participants. "The fact that it wasn't recognising what I wanted was very irritating and very frustrating," said one.

8. Navigation gestures are difficult
The patients also had trouble with the interface, specifically tapping the side of the device and swiping to navigate through menu cards. What works for non-impaired users might not be right for those with Parkinson's, or other conditions.

9. Patients have privacy worries
Although Glass might alienate bystanders who fear that they're being recorded, it made the study subjects uneasy by threatening their own privacy. Study participants worried that Glass could be abused by well-meaning relatives. "I don't want my children watching every move I make," said one woman. "There is a potential there for saying, 'Mum can't do this,' or, 'Mum shouldn't do that.'" There were also concerns that relatives would expect them to be available at any time.

10. Patients fear theft
Three of the four study participants who tested Glass outside the home said they would not wear it in certain settings as a result of concerns about safety. "I think at the moment while they're still so pricey I'd be worried that someone was going to whip them off me," said one patient. Another noted that Glass, unlike a mobile phone, cannot easily be hidden. At the same time, the participants said that Glass added more safety than it jeopardized.

Thomas Claburn has been writing about business and technology since 1996, for publications such as New Architect, PC Computing, InformationWeek, Salon, Wired, and Ziff Davis Smart Business. Before that, he worked in film and television, having earned a not particularly useful ... View Full Bio
We welcome your comments on this topic on our social media channels, or [contact us directly] with questions about the site.
Comment  |
Email This  |
Print  |
RSS
More Insights
Webcasts
Fintech at SaaS speed: Navigating the scale & security challenge
Bolstering Your Enterprise Cyber Risk Assessment
More Webcasts
White Papers
Palo Alto Networks Zero Trust Maturity Model
A Practical Guide to Enabling 5G Deployments
More White Papers
Reports
Cortex XDR Rides the Forrester Wave as a Leader
Cloud Misconfiguration Mayhem
More Reports

It seems speech is particularly hard for Google's systems when there's some kind of vocal impairment. Humans are pretty good at interpreting unclear speech; computers not so much. Biological intelligence still counts for something.
Reply  |  Post Message  |  Messages List  |  Start a Board

Interesting that the patients were frustrated with the voice recognition capability.The industry has been plugging away at voice reco since the 90's; Google must be especially eager to get it right with Glass.
Reply  |  Post Message  |  Messages List  |  Start a Board
InformationWeek Is Getting an Upgrade!