Google is aiming to make virtual reality into a real business with its dedicated VR division now headed by Clay Bavor.

Such labelling is largely driven by hope that the designated trend will turn into a meaningful revenue stream. Tech advisory firm Digi-Capital anticipates that money will flow, eventually. The firm expects VR revenue will reach $30 billion in 2020. This year, it sees early adopters investing in VR, but notes that the powerful computer hardware required to show VR content is beyond the reach of most consumers.

"Moore's Law and a flagging PC market searching for growth could bring [VR] within reach of mass consumers by 2017," Digi-Capital said in a blog post last month.

However, there's also the issue of VR-induced motion sickness, which remains an issue for some people. 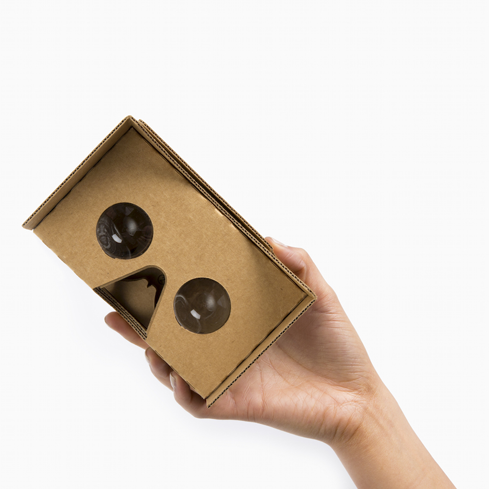 Google's commitment to the technology is clearly serious, despite the low-key nature of its Cardboard headset. On Wednesday, Google announced that its Cardboard SDKs for Android and Unity support spatial audio. Perhaps more telling are the dozens of VR-related job openings at Google.

Google wants others to share its interest in VR, as can be seen from Bavor's recent tweet about how Cardboard was used in an operation that saved a baby's life. VR, in other words, is not just for hardcore gamers.

VR initially will be consumed as entertainment, but it risks becoming like 3D in movies -- an overhyped technology that underwhelms while costing too much. There will be a few VR gaming hits, but how many games will be so much better with VR that consumers want to spend hundreds or thousands of dollars in extra hardware for the premium experience? Developers will have to do a lot of exploration to understand what works and what doesn't. That's what's happening this year.

VR and AR are inevitable, but it will take time before we figure out where the technology becomes essential.

Thomas Claburn has been writing about business and technology since 1996, for publications such as New Architect, PC Computing, InformationWeek, Salon, Wired, and Ziff Davis Smart Business. Before that, he worked in film and television, having earned a not particularly useful ... View Full Bio
We welcome your comments on this topic on our social media channels, or [contact us directly] with questions about the site.
Comment  |
Email This  |
Print  |
RSS
More Insights
Webcasts
The Experts Guide to Ransomware Response
Multi-Cloud Data Management for Modern Applications
More Webcasts
White Papers
Intelligent Outcomes Are Key to Business Resilience
2020 Digital Transformation Report
More White Papers
Reports
[Tech Insights] SASE's Pandemic Boost Likely to Stick
Are Unprotected Cloud Databases Leaking Your Data?
More Reports

@Brian It's great when technology can be applied in that way, to make real improvements in people's lives. I know there's a lot of money to be made in entertainment applications, but I am far more impressed by these .
Reply  |  Post Message  |  Messages List  |  Start a Board

@Brian Google cardboad only cost about $20, according to that article, though it did also need a smartphone with a downloaded app to work at imaging the baby's heart. If you're interested in applications of technology to healthcare, I highly recommend Dr. Eric Topol's book The Patient Will See You Now: The Future of Medicine is in Your Hands
Reply  |  Post Message  |  Messages List  |  Start a Board

Good analysis on the nature of virtual reality and where we're at.
Reply  |  Post Message  |  Messages List  |  Start a Board

Bavor's tweet links to this story: http://www.cnn.com/2016/01/07/health/google-cardboard-baby-saved/index.html The baby was born with only one lung and part of her heart missing.  She lived longer than doctors first thought she would but needed surgery. The first plan was to make a 3D model of her heart, as had been done before. But the 3D printer broke. That forced the surgeons to come up with another approach:

"Using an app called Sketchfab, Muniz downloaded images of Teegan's heart onto his iPhone and showed them to Burke.


They were similar, yet different from 3-D images they'd been using on computer screens. With the goggles, it was possible to move around and see the heart from every angle -- to almost be inside the heart checking out its structure.


Burke looked through the Google Cardboard, and visualized what he could do to fix Teegan's heart."