Google I/O 2016: What To Expect - InformationWeek

Updates on Project Tango, Android N, and Android Auto are among the announcements we expect at Google's annual developer conference this week. Here's what we know so far.

Google I/O, the company's annual developer conference, begins next Wednesday. For the first time since 2013 it will run three full days. In another first since its 2008 inception, the event will be held at the Shoreline Amphitheater in Mountain View, Calif., next door to Google's headquarters.

Android, Google's open source mobile operating system, will get plenty of attention during the event. But the new features arriving in Android N -- which presumably stands for Nutella, in keeping with Google's naming conventions -- aren't likely to be much of a surprise. Google released a developer preview of the forthcoming version of Android back in March.

Android's evolving capabilities, however, can be expected to inform a variety of Google announcements, including updates on Android Auto and Android Wear. With any luck, Google will be ready to discuss its successor to Google Glass. But don't count on it.

It may be that Google seeks to create the indoor equivalent of Google Maps through contributed scans of enclosed environments. If it did so, the company would encourage the creation of a huge amount of content suitable for viewing through VR hardware, something that would benefit Google and its hardware partners. We will probably see the release of at least one mobile phone equipped with the sensors necessary for creating Project Tango maps, such as the device Google and Lenovo showed off privately at MWC 2016. 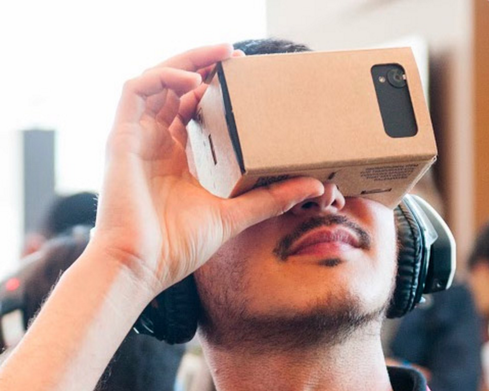 On a related note, Google is likely to debut a successor to Google Cardboard, its phone-holding headset for displaying VR content. Earlier this year, the Financial Times suggested Google's next VR headset would be plastic. Google subsequently turned the idea into an April Fool's joke. It's also possible this rumored VR headset could come from a Google hardware partner like Samsung.

Google's already delayed modular smartphone, Project Ara, suffered a blow when the head of its ATAP group, Regina Dugan, decided to join Facebook. Google needs to show some progress in order to dispel doubts about the project's viability. It's equally unclear whether the company's other ATAP ventures, like Project Jacquard, have advanced since Google I/O 2015. Look for proof-of-life.

Google may be ready to take the wraps off its wearable health sensor. I ran into someone wearing one recently who declined to talk about it. But as a medical device, it's subject to FDA approval and thus may not be available immediately, even if Google is ready to talk about it.

Google is building its own version of Amazon Echo, dubbed "Chirp," according to Recode and The Information. While reports suggest the product won't be released at Google I/O, it's likely to be discussed if it's scheduled for release this year. Presumably, Google will want developers to create applications that utilize the device's capabilities.

We may also hear more about OnHub or related IoT devices, given that Google last year introduced Weave, a communication platform for IoT devices, and Brillio, a version of Android for embedded systems.

The most significant announcement may be the integration of Chrome with Android, partial or otherwise. Ars Technica recently reported that Google could make Google Play available on Chrome OS devices through a technology called App Runtime for Chrome. Last year, Google rebutted reports that it intends to fold Chrome into Android. What seems more likely is that Chrome isn't so much going away as becoming a secure container for Android, as well as a browser-based operating system in its own right.

There will almost certainly be enhancements to Google's Cloud Platform, along the lines of Thursday's release of SyntaxNet and Parsey McParseface. A VR-related backend service would certainly fit with Google's interests. YouTube presumably will want to participate in the VR craze too, perhaps with a dedicated VR channel.

Thomas Claburn has been writing about business and technology since 1996, for publications such as New Architect, PC Computing, InformationWeek, Salon, Wired, and Ziff Davis Smart Business. Before that, he worked in film and television, having earned a not particularly useful ... View Full Bio
We welcome your comments on this topic on our social media channels, or [contact us directly] with questions about the site.
Comment  |
Email This  |
Print  |
RSS
More Insights
Webcasts
People Are The Most Important Part of Autonomous SOC
Don't Miss This Cybersecurity Virtual Event
More Webcasts
White Papers
The State of Endpoint Security
SUNBURST: Underlining the Importance of Right of Boom Risk Mitigation
More White Papers
Reports
Intelligent Outcomes Are Key to Business Resilience
The State of Threat Detection and Response
More Reports