The winds of change have blown several Google-designed products out of the Play Store. The company retired the aged Nexus 9 tablet and the entry-level variant of its Chromebook Pixel, clearing digital shelf space for newer, more capable devices.

The Nexus 9 quietly vanished from the Play Store in late April. The Android-powered tablet, manufactured by HTC, first made its debut in October 2014. It received a lukewarm response, at best, from reviewers. At launch, the Nexus 9 was a buggy mess. It was among the first few devices to ship with Android 5.0 Lollipop, and was ridden with goofy code. The hardware wasn't all that impressive, either. Stereo speakers and a nice display didn't outweigh the plain styling and heavy build.

If you're desperate for a Nexus 9, HTC is selling the tablet directly. You can also find it on Amazon.com.

Google's Pixel C tablet, which arrived in late 2015, is now the premiere Android-based tablet available in the Play Store. The Pixel C has a 10.2-inch screen, USB-C connector, stereo speakers, and more importantly, a premium design. The Pixel C costs $499 and $599 for the 32GB and 64GB models, respectively. The Pixel C runs Android 6.0 Marshmallow. 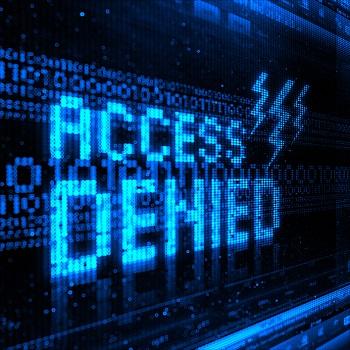 HP recently debuted the Chromebook 13, a machine that includes specs that are equal to or better than the $999 Pixel for half the price. HP's Chromebook includes a 12.9-inch screen, a Core M7 processor with 16GB of RAM, and 32GB of storage for $499. It also boasts more than 11 hours of battery life and USB-C. The laptop weighs a mere 2.86 pounds.

Beyond HP's new piece of kit, the bulk of existing Chromebook offerings cost well under $500. In fact, most cost less than $300. The Chromebook Pixel likely appeals to power users who will pay extra for design. From that point of view, the $1,299 top-of-the-line model makes more sense.

Eric is a freelance writer for InformationWeek specializing in mobile technologies. View Full Bio
We welcome your comments on this topic on our social media channels, or [contact us directly] with questions about the site.
Comment  |
Email This  |
Print  |
RSS
More Insights
Webcasts
Enterprise Database Strategies for 2020
Now That Ransomware Has Gone Nuclear, How Can You Avoid Becoming the Next Victim?
More Webcasts
White Papers
DevOps for the Database
NDaaS 101
More White Papers
Reports
Online Threats -- and What Your Org Can Do About Them
[Special Report] Remote Network Management
More Reports
Copyright © 2020 UBM Electronics, A UBM company, All rights reserved. Privacy Policy | Terms of Service