Do people want modular smartphones that let them swap out components as they break or become boring? Google's Project Ara is banking on it. 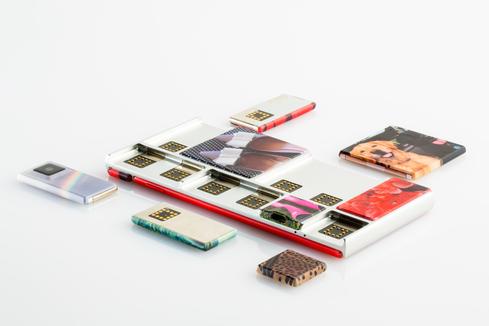 At one of its many offices in Mountain View, Calif., on Wednesday, Google provided an update on Project Ara, the company's effort to turn the smartphone into a modular platform.

Project Ara, which began at Motorola Mobility and was retained when Google sold Motorola to Lenovo, represents an attempt to transform smartphones from a single, generally closed product into an ecosystem of mostly open, connected components.

In the keynote of the second Project Ara developers conference, Regina Dugan, VP of engineering and director of Google's Advanced Technology and Projects group, celebrated the innovative potential of technology platforms at a time of mass manufacturing and mobile transformation.

Platforms are powerful because they abstract complexity so that more people can participate and can accelerate innovation, she said.

"Platforms become the stage for the creativity and innovation of many minds," said Dugan. "We have to lower the barrier to increase the number of participants."

Dugan said that Project Ara aims to make hardware development more like software development, in the sense that new tools will allow people beyond specialized hardware designers to participate in the process of creating electronic modules.

Paul Eremenko, head of Project Ara, described Project Ara as an effort to democratize the mobile hardware ecosystem. "In many ways, you can think of it as a hardware analog to Android," he said, referring to the Android Open Source Project, which is distinct from proprietary Android services such as Google Play.

Eremenko discussed the Spiral 2 prototype, which works with the newly released version 0.2 of the Module Developer Kit (MDK), and Spiral 3, due in the second quarter of 2015, which is intended to bring Project Ara to hardware and feature parity with present mass-market smartphones.

"We are much of the way there," Eremenko said, noting that although the hardware design is complete and built and much of the software is done, further work needs to be done on the firmware and other aspects of the project.

For example, in Spiral 3, hardware modules will communicate via inductive connections rather than direct electrical contacts. Project Ara engineers are also working on resolving a flaw in the electro-permanent magnets (EPMs) in the Endo (the phone frame or endoskeleton). EPMs are used to attach and detach hardware modules.

Although much has been said about 3D printing and its potential to enable personalized manufacturing, Project Ara has had to confront the fact that the 3D printing can't presently meet its requirements. In Spiral 2, the cases are made from injection-molded polycarbonate decorated by dye sublimation printing.

Later this year, Google plans to conduct a market pilot in Puerto Rico, through OpenMobile and Claro. In the absence of an established retail supply chain, Google intends to convert food trucks into mobile stores for Project Ara devices.

Project Ara, Eremenko said, "could reshape the mobile landscape." Though that's a cautious way to forecast a revolution compared to past Google declarations like "The Web has won," it shows how much about the initiative continues to be uncertain.

Project Ara is hugely ambitious, and it rests on an unproven premise, that people want modular phones. If buying phones by the module turns out to be more expensive or troublesome than buying them as a unified whole, there's no guarantee that innovation and options will trump simplicity and affordability in the mobile market.

Check out these eight images from the Project Ara developers conference that herald the modular future of smartphones.

To answer your question: Do people want modular smartphones that let them swap out components as they break or become boring? -- I would certainly like that capability on a personal front. What I'm wondering though is whether this will mean a fresh Hell for IT folks trying to deal with BYOD, or whether it will actually be a good thing for enterprise mobility. Thoughts?
Reply  |  Post Message  |  Messages List  |  Start a Board
InformationWeek Is Getting an Upgrade!

Seeking a Competitive Edge vs. Chasing Savings in the Cloud Joao-Pierre S. Ruth, Senior Writer,  7/19/2021
White Papers
2021 Data Breach Investigations Report (DBIR)
Definitive Guide to Secure Remote Access
Identity Detection & Response (IDR) as a Solution for Identity-Based Attacks
Cyber-Resilience Is a Must Have in the Next Normal
Guide to Enabling a Work from Anywhere Organization

More Informa Tech Live Events
Getting SASE: What Every Enterprise Should KnowEnd to End Automation: A Game Changer for Improving Workforce EfficiencyLearn Why XDR Delivers Better Outcomes to Secure Your Endpoints