50%
Tweet
Google plans to update its Nexus-branded handsets this week with a security patch. It's also adding tons of new emojis. This marks the first set of updates to its Android 6.0 Marshmallow mobile operating system.

Google is delivering its first set of updates to Android 6.0 Marshmallow this week. The over-the-air upgrades plug more than a dozen security problems and herald the arrival of more than 200 emojis.

First up, the security patch. As Google promised earlier this year, it is pushing a monthly security update to Nexus smartphones and tablets. Devices running Android Marshmallow with build LMY48Z or later are compatible with the update, which is being called Security Patch Level December 1, 2015.

The update patches vulnerabilities discovered by Google earlier this year. There are 16 issues in total, with four of them labeled critical. Of the critical vulnerabilities, the most significant could enable remote code execution on affected devices when interacting with media files via email, the Web, and MMS. According to Google, it received no reports of the critical issue being used to exploit end-users. The update includes 10 other security issues labeled as high in severity and 2 labeled as moderate.

Google notified its handset partners about the security holes on November 2. The company said it will release source code patches to the Android Open Source Project within two days.

The security update is, for the time being, only reaching Google's Nexus-branded devices. That means the Nexus 5, 6, 5X, and 6P smartphones, as well as the Nexus 7, 9, and 10 tablets. Individual smartphone makers will be responsible for incorporating the update into their own hardware at some point in the future. To date, only HTC has confirmed plans to patch the One A9 smartphone in the next couple of weeks. (The A9 is one of the only phones in the market also running Android 6.0 Marshmallow.) 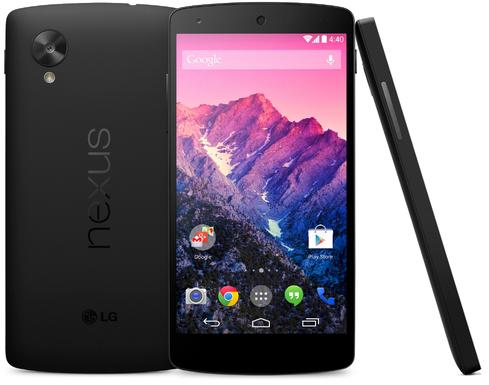 In slightly less worrying Android news, Google is also pushing out Android 6.0.1 to the same set of Nexus phones and slates.

The .0.1 update to Android Marshmallow contains new code, new fonts, and a new keyboard color. It also introduces hundreds of new emojis thanks to support for Unicode 8.0. Some of the added characters include food (tacos, hotdogs, burritos, and champagne), weather (cyclones, rain with lightning, wind, and clouds), and sports (golf, skiing, cricket, and hockey). These emojis will work on handsets running the stock version of Android. Individual phonemakers often use their own emoji characters. It will be up to the likes of LG, Motorola, Samsung, and others to adopt Unicode 8.0 and the new ones.

Eric is a freelance writer for InformationWeek specializing in mobile technologies. View Full Bio
We welcome your comments on this topic on our social media channels, or [contact us directly] with questions about the site.
Comment  |
Email This  |
Print  |
RSS
More Insights
Webcasts
The State of IT & Cybersecurity Operations
Thinking Like an Attacker: Strategies for Defense
More Webcasts
White Papers
Security Intelligence: Driving Security From Analytics to Action
Global Application and Network Security Report
More White Papers
Reports
Endpoint Security 2020: The Resurgence of EPP and the Manifest Destiny of EDR
Global Cloud Proxy Enables VPN Split Tunneling
More Reports