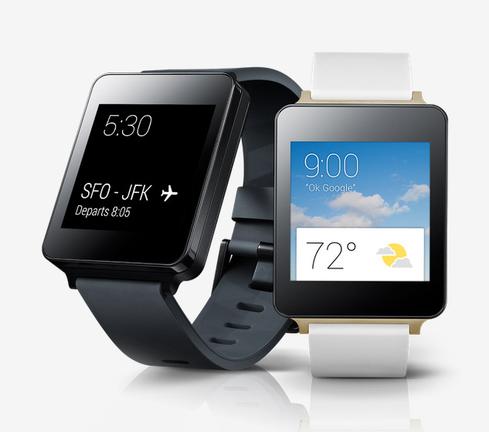 Eric is a freelance writer for InformationWeek specializing in mobile technologies. View Full Bio
We welcome your comments on this topic on our social media channels, or [contact us directly] with questions about the site.
Comment  |
Email This  |
Print  |
RSS
More Insights
Webcasts
Securing and Monitoring Networks in the 'New Normal'
Protecting Your Enterprise's Intellectual Property
More Webcasts
White Papers
Centralized Security Policy Management Across Hybrid Cloud Environments Should be an Obvious Strategy
Five Reasons to Protect your VPN with Multi-Factor Authentication
More White Papers
Reports
How Data Breaches Affect the Enterprise (2020)
DNS Network Traffic Volumes During the 2020 Pandemic
More Reports

"I also think smart watches would be a welcome for parents who want to keep tabs on their children (like where they go etc), and this new field of security for children would be a deciding factor in pushing the sales of smart watches."

I am not sure I understand your idea about smartwatches becoming a tool for imprisoning children. It sounds like a really bad idea if you want to teach trust to your kids by letting them know you don't trust them.

The best way to know where you kids go, do, etc. is by teaching trust to them, by having an open dialogue and a good, honest communication. Kids are not born knowing everything. They need to be taught things about life, dangers, and all.

That idea would be just the wrong marketing strategy for anything.

I agree what you're saying, From a point of view of a screen size, smartwatches will never replace smartphones, but Shane makes a good point. Voice commands will be as common as a latte; and we won't need to look at the screen as much as we do with the smartphones.
Reply  |  Post Message  |  Messages List  |  Start a Board

@Susanefortane: Yes, truly said so. I also think smart watches would be a welcome for parents who want to keep tabs on their children (like where they go etc), and this new field of security for children would be a deciding factor in pushing the sales of smart watches.
Reply  |  Post Message  |  Messages List  |  Start a Board

@angelfuego: Of course they do, but the user's hands are a priority. If you have got really big thumbs then you should go for a larger screen phone but if your fingertips are small to average, you'll do quite well with a sub 4 inch to 4 inch screen sized smartphone.
Reply  |  Post Message  |  Messages List  |  Start a Board

I think Independent developers like FitBit would be chucking out really good examples for wearable technology and smart watches. Maybe not on the same levels as Samsung, but they'll be slow and steadily they will capture bigger market share.
Reply  |  Post Message  |  Messages List  |  Start a Board

How funny. Maybe we all should have them all, just in case.

Sometimes the discussions about smartwatches remind me of the first discussions about tablets. At the beginning, some people said tablets were made to be an extension of the laptop. Since then, tablets have evolved to become stand alone devices. Of course, tablets are not for everybody either.

So, I would say that smartwatches might follow the same path. They may be an extension of the smartphone at the beginning, but soon they will become a device in its own right.

There you go. If your wife had a smartwatch she could save your life. :) The price will come down soon, just the same as Google Glass.

In conclusion: You just keep your smartphone and buy a smartwatch for your wife.

@Dave, You are right about the size of the cell phone screens. I do notice the trend of the larger cell phones. They are still fairly thin, but the screen is larger. Right now, I stilI happen to prefer the smaller screened phones, because I like how the smaller phones are more small, compact, and fits in my pocket.
Reply  |  Post Message  |  Messages List  |  Start a Board

I bet that if these watches become the next "it" item, they will start to get more creative with the look of the watch. I could see them manufacturing different color wrist bands or faceplates that can be interchangeable and snap on. I also wouldn't be surprised if they came out with special edition model that has a crystal embellishments on the face plate frame or wristband.
Reply  |  Post Message  |  Messages List  |  Start a Board

Tekedge: I think you are right. It might seem weird at first to talk into it early on, but I can see it eventually becoming the norm.
Reply  |  Post Message  |  Messages List  |  Start a Board