Google's London store isn't a freestanding structure, but a shop-within-a-shop. The search engine giant is also showing off its new Chromebook Pixel.
8 Google Projects To Watch in 2015
(Click image for larger view and slideshow.)

Google's timid entry into the retail business advanced another step on Wednesday with the opening of the first Google-branded shop.

It's not quite a free-standing, logo-bearing structure along the lines of an Apple Store; rather, it's a "shop in shop," called "the Google shop," that sits within the confines of Currys PC World, located on Tottenham Court Road in London.

Nonetheless, customers can experiment with Google's Android, Chromebook, and Chromecast devices, and can actually purchase in-stock items with the help of a Google specialist.

"This is the first Google shop experience Google has opened anywhere in the world," Google said in a statement. 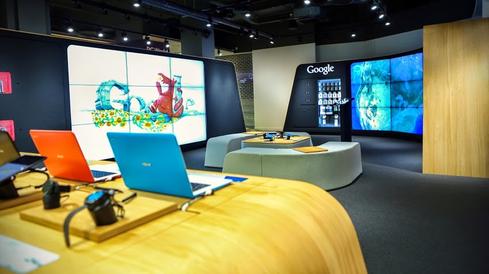 The company has, however, operated temporary outlets before the London experiment. In 2013, it opened pop-up product showrooms called Winter Wonderlabs in six US cities, where visitors could order Google products but could not actually obtain merchandise.

That same year, Google tried to open a showroom built atop a barge on San Francisco's waterfront, but failed to find a way to operate its floating technology gallery within California law.

Apple has made the appeal of retail stores apparent to its competitors.

At its media event on March 9, Apple CEO Tim Cook said that 120 million people visited Apple Stores in the fourth quarter of 2014. Apple has over 450 stores. While it earns only about 12% of its annual revenue from its retail locations, it derives benefits beyond sales: marketing, customer relations, and customer support.

Google undoubtedly wants to sell products -- it just revised its online Google Store to promote its newly updated Chromebook Pixel ($999-$1,299) -- but the company also recognizes that a retail presence can provide value through interactions as well as through transactions.

"With the Google shop, we want to offer people a place where they can play, experiment and learn about all of what Google has to offer; from an incredible range of devices to a totally-connected, seamless online life," said James Elias, the UK marketing director for Google, in a March 11 statement. 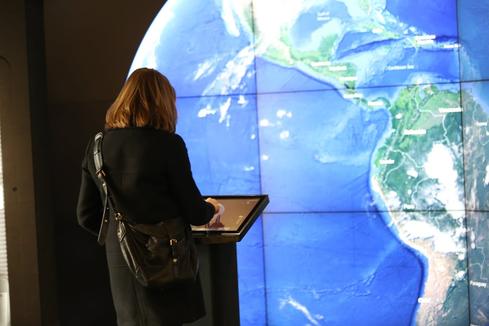 Toward that end, the Google shop offers an immersive surround screen installation, dubbed "Portal," that simulates flying around in Google Earth. There's also a Doodle Wall on which customers can digitally revise Google's logo and then share the results through social media, if they feel like advertising for Google. And there's a Chromecast Pod for viewing videos from Google Play, YouTube, and other sources.

Google is also planning to host classes and events in its Google shop that combine education with platform evangelism. The company says these may include "Virtual Space Camps," to teach basic programming skills to kids, and teacher training sessions focused on Google's free educational tools.

Thomas Claburn has been writing about business and technology since 1996, for publications such as New Architect, PC Computing, InformationWeek, Salon, Wired, and Ziff Davis Smart Business. Before that, he worked in film and television, having earned a not particularly useful ... View Full Bio
We welcome your comments on this topic on our social media channels, or [contact us directly] with questions about the site.
Comment  |
Email This  |
Print  |
RSS
More Insights
Webcasts
Building the SOC of the Future: Next-Generation Security Operations
ROI and Beyond for the Cloud
More Webcasts
White Papers
Top Threats to Cloud Computing: The Egregious 11
2020 SANS Enterprise Cloud Incident Response Survey
More White Papers
Reports
The State of Threat Detection and Response
Special Report: Understanding Your Cyber Attackers
More Reports

I think that Google has no choice but to this, but I still think that Apple will always have the superior product.

Google's wheelhouse is not exactly in this idea of product – it is also about services and of course advertising.
Reply  |  Post Message  |  Messages List  |  Start a Board
Editors' Choice
Hot Topics