Google's Next Cardboard Could Be Plastic - InformationWeek

Google is said to be preparing an updated VR headset. The new version could include more sensors, higher quality lenses, and a plastic shell.

If you want a picture of the future, imagine a smartphone strapped on a human face. That's virtual reality, as delivered through Google Cardboard.

Google Cardboard, introduced in 2014 and now in its second incarnation, could soon see further improvements. According to the Financial Times, Google is planning an update that includes sensors, higher quality lenses, and a sturdy plastic shell. The revised mobile VR viewer is expected to continue to rely on an inserted smartphone as its display screen.

Google declined to comment. Were the company to introduce such a device, it would most likely be at its annual developer conference, Google I/O, in May. Google is also said to be adding VR capabilities to its Android mobile operating system that will complement its face-hugging hardware.

Google has indicated that it sees promise in virtual reality as a source of revenue. During the Q4 2015 earnings call of corporate parent Alphabet last week, Google CEO Sundar Pichai said that Cardboard represented a first step toward a virtual reality platform. He noted that over 5 million Google Cardboard viewers have been shipped, and said beyond early efforts like the Expeditions Pioneer Program launched last September, "you'll see a lot more from us and our partners in 2016." 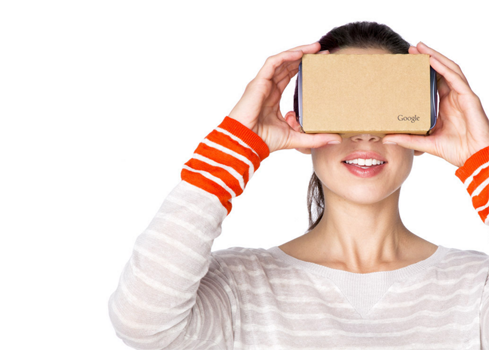 Google is looking at virtual reality and augmented reality as growth opportunities, and it's adjusting its org chart accordingly. Last month, it appointed Clay Bavor vice president of virtual reality. As product management vice president for Google Apps, Bavor oversaw the development of Google Cardboard. Also, Google was part of a group of companies that recently invested about $800 million in Magic Leap, a much-hyped developer of augmented reality technology.

Gartner last week said head-mounted displays (HMDs) represent an emerging market on its way toward mainstream adoption. The research firm predicts that 1.43 million HMDs will be sold worldwide this year, up from 140,000 last year. By 2017, the firm expects that figure will reach 6.31 million.

However, experts say that HMD prices will have to decline and device CPU power will have to rise before VR becomes widespread among consumers. Google may have an edge on its competitors because Cardboard is inexpensive compared to the alternatives.

While VR's most visible application is in gaming, the technology is also being used for other forms of entertainment, for education, for marketing, and for industries like healthcare, manufacturing, and tourism. Gartner anticipates that by 2018, 26% of HMDs will be designed for business uses such as equipment repair, inspections, maintenance, and instruction.