The Nexus 6P and Nexus 5X, only available online, are best left to enthusiasts who want a pure Google experience.

This week Google showed off new Nexus smartphones, which will be the first to ship with Android 6.0 Marshmallow. The handsets, made by Huawei and LG, enter a changing market. Nexus phones may be uniquely positioned to cater to Android lovers, but the majority of consumers still buy phones from their carrier.

The Nexus device program has long meant to serve as a platform to guide developers.

Google announces Nexus phones each fall, and they run the newest version of Android completely free of manufacturer skins and carrier bloatware. Google trusts developers will scoop them up and use them as a test bed for their applications. When viewed through these lenses, the Nexus program is an unqualified success.

Do Nexus phones make sense for consumers? That depends. 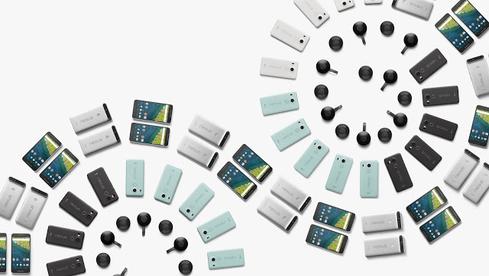 The Nexus 6P and the Nexus 5X are both solid handsets in their own right. Shared features between them include Android 6.0 Marshmallow, Qualcomm processors, 12.3-megapixel cameras, USB Type-C connectors, and Nexus Imprint fingerprint sensors. They are also compatible with Google's Project Fi, a low-cost MVNO program that provides wireless service.

The 6P is made by Huawei -- a first for the Nexus program -- and features an aluminum build. It is slim but large, thanks to the 5.7-inch quad HD screen. The 6P includes what Google calls the Android Sensor Hub, a low-power processor for managing sensor and movement activity. It packs a 3,450mAh battery and comes in 32GB, 64GB, and 128GB variants. Pricing starts at $499.

Nexus phones have their pros and cons, but the pure Android experience is generally their defining feature. Not only will the Nexus 6P and 5X ship with Marshmallow, they'll be the first to receive any future OS updates from Google. Case in point, the Nexus 5 and Nexus 6 smartphones, from 2013 and 2014, respectively, are primed to receive Android 6.0 next week ahead of all others. You can expect the 6P and 5X to be first in line for Android 7.0 next year.

[Read more about Android 6.0 or Marshmallow.]

Sometimes one of the major wireless network operators (usually T-Mobile) will agree to sell the phones in brick-and-mortar stores, but those times are rare. The Nexus 6P and 5X are only available online. If you weren't quick to pre-order them on Tuesday, you're going to have to wait for a while. According to Google, orders placed today won't ship for four to five weeks.

Google isn't the only company attempting to pitch phones directly to consumers. Motorola has recently taken the same tack with its Moto X and Moto G handsets. Carriers have decided to skip Motorola's latest smartphones, so Motorola is doing what it can to educate customers about the benefits of buying custom-designed unlocked handsets.

ZTE and Alcatel OneTouch are taking similar approaches by selling their latest and greatest flagships unlocked and online only.

The visibility of these handsets is severely limited. The vast majority of US consumers buy their smartphones inside carrier-owned retail stores. That relegates the new Nexus smartphones to Android enthusiasts who want the best and most-recent Google has to offer.

How is it hard?  Go to Google, select the features you want, pay, wait for it to arrive.  What could be easier?
Reply  |  Post Message  |  Messages List  |  Start a Board
Editors' Choice
Hot Topics