Corning says its next-generation glass is twice as strong as anything now on the market.

6 Things Not To Do With iPhone 6
(Click image for larger view and slideshow.)

The next time you fumble your smartphone onto the street, it just might live to see another day. Corning on Thursday announced Gorilla Glass 4, its strongest-ever glass for protecting smartphone displays. Corning promises the glass is better at surviving the most common breakage scenario: butterfingered people who drop their devices.

Corning loves to demonstrate how tough its Gorilla Glass is. At trade show after trade show, I've stopped by Corning's booth to watch the company smack the glass with a hammer or drop steel balls onto it. The demonstrations are offered as proof of the glass's durability against impact. If it's so strong, then why do our screens seem to break so easily? Out in the real world people aren't hitting their phones with hammers. Smartphone glass most often breaks when the phone slips out of an owner's hand and falls from waist level to the ground. If that ground happens to be asphalt or concrete, the phone's display is probably a goner.

Corning decided to go back to the drawing board. Its scientists spent thousands of hours looking at hundreds of broken screens and concluded that 70% of breakage comes from what it calls "sharp contact." Corning's team of big thinkers came up with new ways to drop phones that "simulate real-world break events." Specifically, they researched how glass responds when dropped face-down a distance of one meter onto a hard, rough surface. (Hasn't Corning seen these examples?) The scientists wanted to make sure the glass came into direct contact with the rough surface. With new data to compile, Corning went to work. The result is Gorilla Glass 4.

Corning makes Gorilla Glass using its proprietary fusion draw process. The company says this provides the optical clarity, thinness, and durability demanded by today's device makers. "With Gorilla Glass 4, we have focused on significantly improving protection against sharp contact damage, which is the primary reason that mobile devices break," said James R. Steiner, Corning senior VP and general manager. "Dropping and breaking a phone is a common problem, and one that our customers have asked us to help address." Corning claims that Gorilla Glass 4 is up to two times tougher than competitive glasses and survives 80% of drops. By way of comparison, the soda-lime glass used by many of today's commercial devices breaks in almost 100% of drops.

Gorilla Glass 4 is being sampled by device makers and should reach production devices next year. 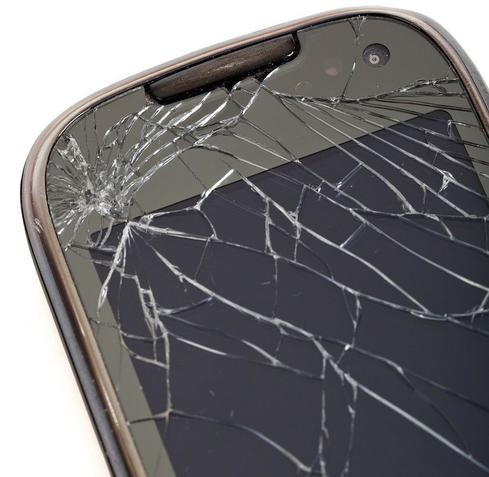 Corning isn't alone in its pursuit of tougher glass. Apple was widely expected to use sapphire to protect the display of the iPhone 6 and iPhone 6 Plus. Poor yields from its supplier, GT Advanced Technologies, forced it to scrap those plans at the last moment. Sapphire is practically immune to scratches, though it is more brittle than normal glass.

Replacing a cracked screen is the most common -- and most expensive -- phone repair today. Repair bills amount to billions of dollars per year in the US alone. If Corning and others can cut down the number of broken phones by even 20%, it would have a huge impact on consumers' wallets.

Does Identity Hinder Hybrid-Cloud and Multi-Cloud Adoption? Joao-Pierre S. Ruth, Senior Writer,  4/1/2021
White Papers
5 Reasons to Protect your VPN with Multi-Factor Authentication
Cloud Threats Are Different, Your Security Should Be Too
The Impact of the SolarWinds Breach on Cybersecurity
The Five Major Security Pitfalls of WFH and How to Solve Them
Take Control of Security Operations with Consolidation and XDR