HP and Titan plan to create a wearable that's compatible with both Google's Android Wear and Apple's watchOS.

HP has partnered with Titan, the world's fifth-largest watchmaker, to create a smart yet stylish wearable. The partnership expands the Engineered by HP program, and looks to appeal to those interested in high-quality products.

Titan is a behemoth in its home market of India, but has a global presence, with more than 15 million timepieces sold in 32 countries, according to the November 23 announcement. Titan will be behind the design and manufacturing of this new smartwatch, about which the two companies are saying very little. HP indicated the watch will be "productive and responsive, but not intrusive."

Engineered by HP will provide the hardware modules, the software, the user interface, and the cloud services under the hood. HP is also responsible for the application for connecting the watch to smartphones. HP says the unnamed smartwatch will be compatible with both Android and iOS smartphones, but it didn't say which platform the watch will use.

Most likely it will run Google's Android Wear.

The companies suggest consumers won't have to choose between tradition and technology, since the HP wearable will offer both. Many of today's smartwatches are made from plastic materials and have modern designs. HP and Titan believe consumers would prefer smartwatches that carry forward the classic look of analog timepieces. 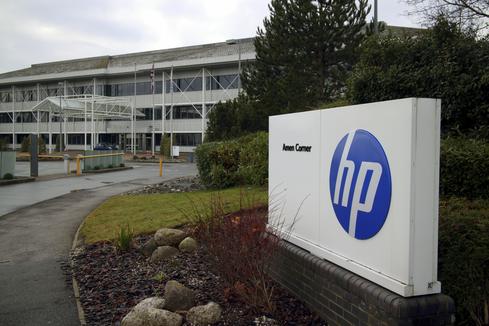 "As a brand we are known for our design, manufacturing capabilities, innovation and quality," said S. Ravi Kant, CEO of Titan. "Moreover, our endeavor has been to always provide our consumers with something new. Our entry into the smartwatch market is another step in this direction."

Engineered by HP has similar relationships with Movado and Michael Bastian. It said it has more partnerships with designers and fashion brands to be announced in the coming months.

HP and Titan did not say when their wearable is expected to reach the market, but it wouldn't appear the smartwatch will arrive before the holidays.

Titan isn't the only traditional watchmaker looking to jump on the smart wearable trend.

Earlier this month, Tag Heuer announced the Connected, an Android Wear smartwatch with an Intel processor inside. Tag is looking to fend off the onslaught of intelligent watches made by the likes of Apple, Huawei, LG, Motorola, Samsung, Sony, and others.

The Tag Heuer Connected costs $1,500 -- five times as much as most other Android Wear watches, which generally retail for about $300.

HP and Titan did not discuss pricing for their wearable. The watches for sale on Titan's website range from $20 to $2,200.

Eric is a freelance writer for InformationWeek specializing in mobile technologies. View Full Bio
We welcome your comments on this topic on our social media channels, or [contact us directly] with questions about the site.
Comment  |
Email This  |
Print  |
RSS
More Insights
Webcasts
Detecting and Preventing Insider Data Leaks
Strategies for Success with Digital Transformation
More Webcasts
White Papers
Why Add Security to Your Skill Set and How to Do It
Sunburst: Impact and Timeline
More White Papers
Reports
The State of Threat Detection and Response
How Data Breaches Affect the Enterprise (2020)
More Reports

If they can release a model early; in the range of 200 to 300 USD, then they have a good hit at the market esp at Titan's home market India. Especially in the context of LG's recall of their Urbane smart watch.
Reply  |  Post Message  |  Messages List  |  Start a Board
Editors' Choice
Hot Topics