There's a lot to like about HTC's new wunderphone, but it's not perfect.

HTC showed off its new flagship smartphone this week, and it's an impressive device. The company upgraded nearly everything inside the One, while also making it a more attractive piece of hardware. It matches most features offered by competing devices, but still maintains the characteristics that make HTC distinctive.

After all the buzz, some clear pros and cons to the device and HTC's launch strategy have emerged. Here are a few:

Design: The One is wrapped in an appealing aluminum shell; includes a razor-sharp, 5-inch, full HD display; and comes in dark gray, silver, and gold. The quality of the materials and manufacturing is among the best available. 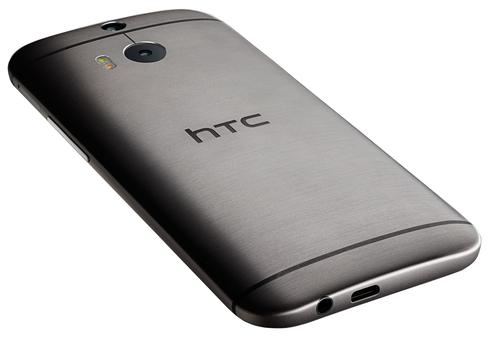 Duo-camera: In order to set itself apart from competitors, HTC gave the One two cameras. The second camera doesn't capture pictures but takes point-of-view data so users can add 3D and other effects to their images within the gallery app. The One also has an impressive, 5-megapixel, user-facing camera for high-quality self-portraits.

Availability: Verizon Wireless customers can to go a store and buy the One today. AT&T and Sprint customers can order the One online for next-day delivery, and both these carriers will have the One in stores April 10. T-Mobile will sell the One online and in stores April 11. In other words, HTC was ready to go immediately after the press conference and beat the Samsung Galaxy S5 to carriers' shelves.

Performance: The quad-core Snapdragon 801 processor gives the One incredible computing powers. The 801 isn't a modest refresh of the 800; it's a whole new chip that has been improved across the board. The One scores well in speed tests and other performance benchmarks but, more importantly, is remarkably light on its feet when it comes to handling intense apps and multitasking.

UltraPixels vs. megapixels: HTC believes in its UltraPixel camera concept, which uses fewer -- but larger -- pixels to capture images. The One's main camera technically has 4 megapixels, though its pixels can handle more light than most other pixels. The idea certainly has merit, but it runs into limitations when photos are blown up on large television screens. Competing devices have 8-, 10-, 13-, 16-, and even 20-megapixel cameras. Megapixels aren't everything, but they certainly help when it comes to sharing photos on large computer screens and TVs.

Sense 6.0: HTC put a lot of energy into developing its Sense user interface, which supplants the native Google Android experience. It offers a lot of customization tools and extra features such as BlinkFeed, but it often feels overbearing, and it sometimes adds complexity when simplicity would be better. This is why people buy Nexus and Google Play Edition phones.

Price: The Play Edition costs a whopping $699. The Developer Edition and carrier variants cost $649 at full retail. While most people will buy the phone with a contract or installment plan, the cost of today's leading smartphones is out of control.

Poor repairability: iFixit performed its customary tear-down of the HTC One and gave the device poor marks for repairability: It rates only 2 out of 10. That means most owners won't be able to modify or repair the One themselves and will need to rely on technicians or certified repair people to solve any problems. Got a cracked screen? Forget it, says iFixit, you'll need to take it to the shop. (On the flip side, iFixit says the aluminum shell makes it very durable.)

Not water-resistant: This may seem like a picky feature to call out, but resistance to water is becoming an important selling point. Samsung, for example, made the Galaxy S5 waterproof; it can be submerged in water for short periods of time without damage. This feature will expand to more and more phones in the coming months.

Lorna brings up the key point: I don't think it is hard to waterproof the smartphone cases, it just adds to the base price. I shell out for a waterproof case, gladly. It has saved me several times.
Reply  |  Post Message  |  Messages List  |  Start a Board

Waterproofing seems like a small thing, until you drop your phone into the sink. How technically difficult and costly is it to make a device water resistant?
Reply  |  Post Message  |  Messages List  |  Start a Board
Editors' Choice
Hot Topics