Remember that attractive $400 price-point for the HTC One A9? Yeah, that's a limited promotion. The real price is $100 more.

The HTC One A9 has had a rough week. HTC's latest smartphone debuted to accusations of copying Apple's design language. The phones do look similar, but HTC's new shiny hardware had the benefit of costing $250 less than Apple's. Well, not for long.

HTC began accepting preorders for the One A9 shortly after announcing the handset. Consumers who opt to buy the phone can score quite a deal. HTC is selling the phone unlocked, with 12 months of Uh Oh Protection and six months of Google Play Music for $399.99. Given the high quality of the design and solid spec sheet, the One A9 offers a lot of value for the dollar. Turns out the $399.99 price-point is only available to US consumers for about two weeks, after which the price goes up by $100.

"The cost of the HTC One A9 is the same worldwide to all distributors and operator partners," said HTC in a statement provided to media. "For end consumers, HTC's sales regions are given the freedom to set prices and promotions as they see fit for local market needs. The One A9 price in the US is a very limited-time promotional offer for that region's online store, as well as select HTC-only franchise stores. 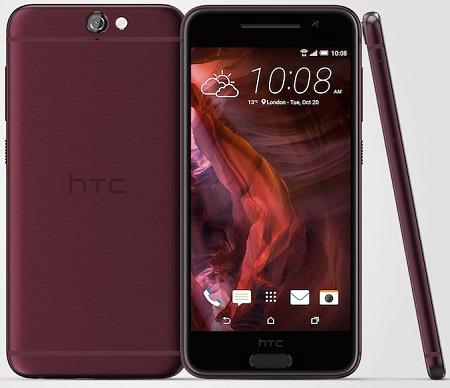 The offer is a special promotional presale and is expected to conclude once the One A9 is available on-shelf at major retail and distributor partners." The One A9 is expected to reach retail November 7. On that day, HTC will begin charging $499.99 for the device, which is what carriers and other retailers will charge for the phone. The $100 price jump may not seem like an overly big deal, but it dramatically alters the value equation for the handset, which faces steep competition.

At $399.99, the One A9 appeared to be a bargain in today's mobile landscape. At that cost, it matched the price of sub-flagship handsets, such as the Motorola Moto X and LG G4, but undercut industry-leading smartphones by a significant margin. Increasing the price to $499.99 reduces the appeal considerably to anyone looking to save some cash.

As if to quell the firestorm of criticism, HTC puts its RE action camera on sale today. The device retails for $199, but is most often sold at around $149. Today, the price is just $50. The RE debuted fully a year ago. It's a tube-shaped camera that resembles a periscope. It connects to smartphones via WiFi, but also supports micro SD memory cards.

It's decent, but was of questionable value at $149. The sale price of $50, which only lasts a day, is much more appealing. If you're in the market for a cheap action camera, act quickly.