50%
Tweet
Many of the "improvements" to ordinary household objects promised by SmartThings, a software company just acquired by Samsung, are already available elsewhere or seem like overkill.

and security. And electronics product makers such as Belkin, Kwikset, Honeywell, Logitech, and Philips are all selling appliances they hope will be part of this network.

Blame consultancies like McKinsey Global Institute, which in a report last year projected the IoT could have an economic impact of between $2.7 trillion to $6.2 trillion annually by 2025.

There are compelling reasons to network things, and most of them have to do with business. Car-sharing companies such as ZipCar show what can be done when you track cars over the network. Industrial control systems should provide sensor data and report failures. Sensors are already everywhere in manufacturing and logistics. Coincidentally, businesses budget for security.

SmartThings actually looks like one of the better ways to implement the Internet of Things at home because it doesn't require a subscription fee or try to convince you to store video in the cloud. Its products appear to be genuinely useful for home security. But there are a lot of home security services and devices.

Peace of mind
The benefits attributed to the company's products beyond security are questionable. There are its "peace of mind" notifications, for instance. Let's look at some of those.

— "Monitor movement, temperature, and activity throughout your home." Properly categorized as security concerns.

— "Get notifications when family members arrive and leave home." If you really want this, you could use smartphone-finding services or iOS 8's Family Sharing service.

— "Know if you remembered to close the garage, windows, and the front door." Barring memory-related medical issues, how often does this happen to you? Just pay attention.

— "Rest easy knowing valuable, dangerous, and off-limits items are secured." Again, security. Or perhaps security theater. Alerts about a security breach are notification, not prevention. Awareness of a break-in might not prevent an intruder from escaping with stolen goods. 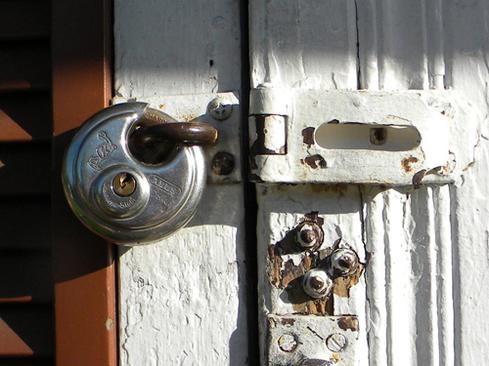 — "Receive alerts when HVAC, electricity, or other important systems break down." How often is this likely to happen? HVAC systems often go a decade or more without breaking down. And if there's a power outage, are you really going to be running a cellular transmitter on backup power to send the alert your powerless WiFi router won't send?

— "Trigger A/C units, portable heaters, thermostats, and other electronics and appliances to automatically turn off when you leave." Many thermostats can be programmed independently on a schedule.

— "Get early warnings to prevent leaks from causing floods and structural damage." Why not buy insurance against falling satellite parts while you're at it? If a leak is likely, fix the problem. And if it's not, you probably don't need to monitor for an unlikely event.

"Limitless" possibilities
After security and peace of mind, SmartThings insists there are "limitless possibilities." The company manages to count eight.

— "Leave your keys at home–you won't need 'em anymore." True, until your smartphone battery or your electronic lock runs out of power, which is probably more likely than losing your keys.

— "Automatically start the coffee machine when you wake up." You don't need an app for that. Many coffee machines can be set to brew coffee at a specific time. Or you could do it yourself and smugly

About 10 years ago or so I bought a new washing machine. I ended up purchasing an LG and had the option - for an additional 400UKP as I recall - to have a web-enabled washing machine. It was exactly the same as the one I ended up buying, but could be networked and accessed remotely.

The Internet of Things started being offered to us a while ago in some ways, but honestly there has to be a good reason to IP-enable a product. In the case of my washing machine it was a totally pointless (and horribly expensive) upgrade option. All I would have been able to do with this super duper machine is to see where it was in the cycle, and to start and stop the machine. This seems pointless to me, as unless I had already loaded the machine and put detergent in, starting it would be nonsensical, and I would have just hit GO when I was standing in front of it.

Oh look, the cycle has only 20 minutes left! But I'm at work and won't be home for 6 hours. So what? Unless there's a "get clothing out and move it to the dryer" button, I just don't get it.

> Delegate too much responsibility to your things and you might stop paying attention
> to what's going on around you.

Although it has potential to make us lazy, less caring etc. but this is not necessarily bad. Since industrial revolution we have got machines working for us, and now computers (and in near future robots). All this has not made us less attentive to work.

If things can take care of themselves, thats good. So we can spend this time taking care of ourselves and our loved ones.
Reply  |  Post Message  |  Messages List  |  Start a Board

When taken individually I can see you point but the logic doesn't hold when tested. Reading down the list of ontances where SmartThings makes claims of benefits I was quick to say as you that this benefit doesn't happen that often, what a waste. Tech for tech sake. Until i could about half way down the list and it had happened to me in the last week, then it made sense. I polled a neighbor on either side and each had one of the items you mention happen this last week. A water leak, a window open (when AC was on all afternoon), and lost keys(but had the phone of course). Not to mention you mentioned 7 times that the devices can be programed them selves but I don't want to go to 7+ places and remember how to program them, I want the simplicity of 1 place to go.
Reply  |  Post Message  |  Messages List  |  Start a Board

I predict baby and kid gear makers will tap right into IoT to instill even more fear into parents. Fear equals money spent when it comes to some parents.
Reply  |  Post Message  |  Messages List  |  Start a Board

I want a sensor you can stick in a banana that will scream when the fruit gets too ripe.
Reply  |  Post Message  |  Messages List  |  Start a Board

So glad to see a dissenting voice among the deafening shout of "IoT is coming and it's going to be awesome!". I have made many of these same points in comments here.  There are many great uses for IoT, but the home is just not one of them.
Reply  |  Post Message  |  Messages List  |  Start a Board

I agree, just because we can add features to things, doesn't mean we need them.  I don't think there are too many applications of the addition of connectivity to household devices that really create a significant benefit aside from promoting people to be mode sedate when it comes to controlling common appliances and switches for lighting etc.  Just because we can add it, doesn't mean it makes sense.
Reply  |  Post Message  |  Messages List  |  Start a Board

It's probably like when batteries were invented: No doubt there were some real doozies, inventions that added batteries for no reason at all! As you say, the market will decide whether it needs to connect some devices, not others.
Reply  |  Post Message  |  Messages List  |  Start a Board

I think the IoT does provide with some useful features, you provide some very good examples.  I believe there are some things which shouldn't  be connected to the internet or there is no point to be connected.  We will see whether people are ready for their appliances to be connected and communicate with each other.
Reply  |  Post Message  |  Messages List  |  Start a Board

I don't even use the pre-set on my coffee pot so doubt i'll be sensor-enabling my Mr. Coffee any time soon. Nor can i see the point of an IoT hair dryer or some of the other devices you mentioned and that i've seen online. That said, great inventions often have some really dumb examples and IoT is no exception. Security is critical, however. The more important and valuable the IoT device or service is, the better-secured it should be.
Reply  |  Post Message  |  Messages List  |  Start a Board
Page 1 / 2   >   >>
Editors' Choice
Hot Topics