50%
Tweet
Apple's next iPhone will likely arrive in September or October. As the rumor machine cranks into high gear, we sort the solid predictions from the silly. 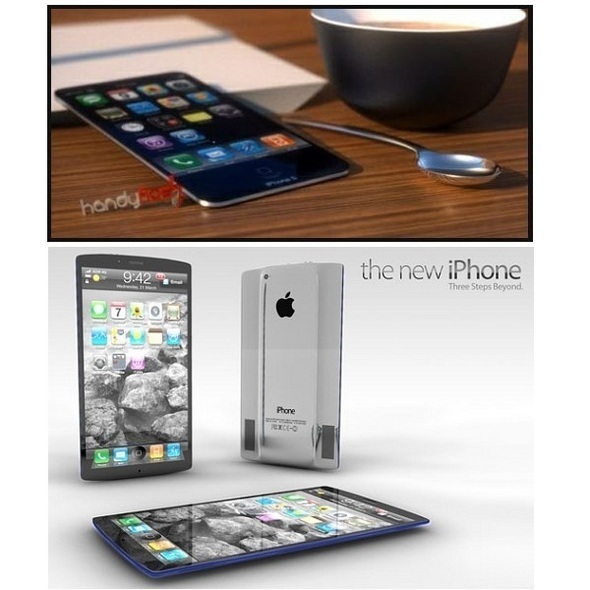 Maybe it was Steve Jobs' influence, but Apple has a serious thin fetish: Witness the MacBook Air, iPhone, and iPad (particularly the 2nd and 3rd generations). Could the iPhone 5 lay claim to the title of World's Thinnest Smartphone? Recent rumors from the often-unreliable Digitimes, a Taiwanese trade publication and source of much tech gossip, suggest that Apple's suppliers' use of in-cell touch panels, which meld color filters and touch sensors into one layer, could help iPhone engineers built an even thinner handset, according to iPhone Themes . But it's doubtful the iPhone 5 will be skinnier than the recently announced ZTE Athena, which is just 6.2mm thick. The iPhone 4S, by comparison, is downright chubby at 9.3mm. ILounge reports the next iPhone will reduce its thickness by nearly 2mm to a super-svelte 7.4 mm.

Bigger iPhone Display: Why Apple Has No Choice

Carrier IQ: What Carriers, Device Makers Must Do Next

5 Mobile Metrics That Matter For SMBs

Just as a reminder, offensive comments will be deleted, with the member subject to possible blacklisting. Please view our commenting policy link above for more details.

In other words same old crap of an iPhone. Outdated before its out.
Reply  |  Post Message  |  Messages List  |  Start a Board

Not much of any value in this slide show, nothing new that hasn't already been speculated, and it is all speculation. Waste of time to go through the slides.
Reply  |  Post Message  |  Messages List  |  Start a Board

4G support? It will have 4G support, but it depends on where it is available to be of any value to you. Many areas are still 3G.
Reply  |  Post Message  |  Messages List  |  Start a Board

They will argue that the pixels are higher density (they are crammed together on a small screen..duh). I don't get why this brand is even brought up anymore, they have done nothing in over two years now.
Reply  |  Post Message  |  Messages List  |  Start a Board

Why would I want to replace my old 4.3" screen with an even SMALLER 4" screen????
I don't want to move backwards.
Reply  |  Post Message  |  Messages List  |  Start a Board
Editors' Choice
Hot Topics