iPhone 5 Will Save The World: Analysts - InformationWeek

It's iPhone 5 eve, and analysts are rolling out their predictions for the new Jesus phone from Apple. According to these soothsayers, the iPhone 5 is going to have a big, big impact. 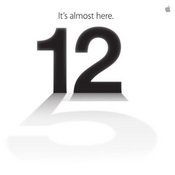 iPhone 5: 10 Things To Expect
(click image for larger view and for slideshow)
Apple will announce the iPhone 5 Wednesday, and the new smartphone will have a monstrous impact, according to a wave of predictions from mobile industry analysts.

The most bullish (insane?) prediction comes from none other than Piper Jaffray's Gene Munster. "We believe that if the 21st is the actual ship date, Apple could sell 6 million to 10 million iPhone 5s in the final week of September barring supply issues," Munster wrote in a research note last week.

Apple would have to sell more than one million per day to achieve those numbers. Is that even possible? It depends on dozens of factors, the most important which isn't demand, so much as it is the number of markets in which Apple launches the device. If Apple follows what it has done in the past, the U.S. and the U.K. might be the only launch markets for the first couple of weeks. Though American consumers are clamoring for the iPhone 5, the likelihood that 10 million Americans and Brits are going to go phone shopping at the end of the month is doubtful. Apple stands a better chance of matching Munster's prediction if it launches in a dozen or more markets at once.

Morgan Stanley analyst Katy Huberty sees huge iPhone 5 sales, and predicts between 48 and 53 million by the end of the year. Throughout 2013, Huberty thinks Apple will sell 266 million iPhone 5s.

[ Forget the hype. What can we really expect to see from Apple Wednesday? Read iPhone 5 Preview: Setting Expectations. ]

IDC Research's Ramon Llamas is certain the iPhone 5 will be a hit. "Until they do something really unimpressive, which I don't see happening this time around, Apple has a serious hit on its hands," he said to Bloomberg.

Other analysts have been a bit more restrained in their predictions for the iPhone 5's debut.

For example, Forrester Research analyst Sarah Rotman said to Bloomberg, "The iPhone is the make-or-break product for Apple. Apple has the undeniable lead, but to stay on top they need to keep innovating." In other words, it might not be a walk in the park for Apple if the iPhone 5 isn't good enough.

Canalys analyst Chris Jones agrees. "A lot is riding on this. They have to make sure it's as good as people expect."

NPD Group analyst Stephen Baker offered these words: "Apple will have a highly successful launch, of that there can be no doubt, but the inevitability of easy market share gains in the U.S. is not quite so apparent this time around, as it has been in the past."

But what about the gross domestic product? Can it be saved by the iPhone. You betcha.

J.P. Morgan's chief economist Michael Feroli believes the iPhone 5 could bounce the GDP by 0.25% to 0.5%. "Calculated using the so-called retail control method, sales of iPhone 5 could boost annualized GDP growth by $3.2 billion, or $12.8 billion at an annual rate," Feroli wrote in a research note. "Given the iPhone 5 launch is expected to be much larger [than the iPhone 4S launch], we think the estimate mentioned ... is reasonable."