100%
Tweet
Samsung lost its top spot to Apple towards the end of 2014, during which smartphone sales surpassed 1 billion devices, according to Gartner.

Thanks to iPhone 6 and iPhone 6 Plus shipments, smartphone sales accounted for two thirds of the global phone market in 2014, according to new research from Gartner. Total mobile phone sales reached 1.2 billion units by the end of the year, an increase of 28.4% from 2013.

Samsung, which had been the global smartphone leader since 2011, surrendered its top spot as it finished 2014 with 19.9% marketshare in the fourth quarter. It was replaced by Apple, which controlled 20.4% of the smartphone market by the end of the same quarter. Lenovo, Huawei, and Xiaomi followed.

The fourth quarter of 2014 was Apple's best yet, with 74.8 million devices sold. Its first line of large-screen phones proved hugely popular in China and the US, where sales grew at rates of 56% and 88%, respectively. The iPhone 6 and 6 Plus, with Apple's strong iOS base, provided a device to customers who prefer larger screen phones and may have otherwise switched to Android.

Apple's progress is giving Samsung some stiff competition. Samsung's status in the smartphone market deteriorated during the fourth quarter of 2014 as the company lost almost 10 percentage points in marketshare. It was at its peak during the third quarter of 2013 and has since experienced a downward trend.

"With Apple dominating the premium phone market and the Chinese vendors increasingly offering quality hardware at lower prices, it is through a solid ecosystem of apps, content and services unique to Samsung devices that Samsung can secure more loyalty and longer-term differentiation at the high end of the market," Gartner research director Roberta Cozza wrote in a March 3 statement. 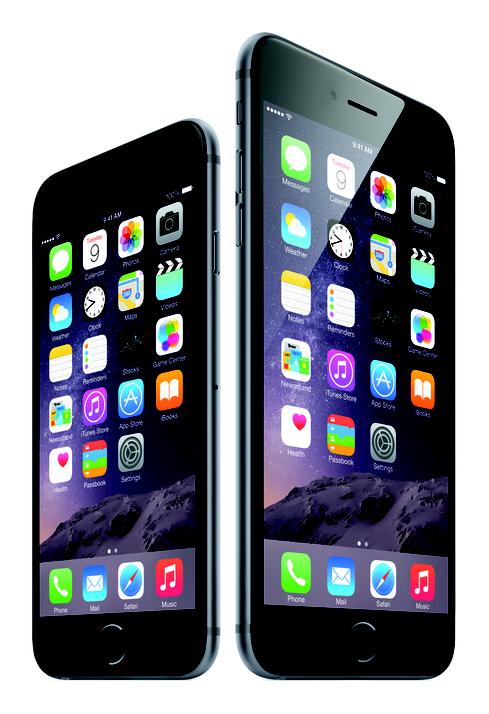 Chinese vendors should no longer be perceived as followers, Cozza noted. Their devices now boast new hardware features that can appeal to consumers and compete with products from more mature companies. Through strong marketing and brand building, these vendors can secure their position in established markets.

Android controlled the lion's share of smartphone sales in terms of operating systems and made up 80.7% of the market by year's end. iOS reached 15.4%, and Windows amounted to 2.8%.

Kelly Sheridan is the Staff Editor at Dark Reading, where she focuses on cybersecurity news and analysis. She is a business technology journalist who previously reported for InformationWeek, where she covered Microsoft, and Insurance & Technology, where she covered financial ... View Full Bio
We welcome your comments on this topic on our social media channels, or [contact us directly] with questions about the site.
Comment  |
Email This  |
Print  |
RSS
More Insights
Webcasts
Cyber Attackers' Favorite Exploits - And How To Stop Them
Effective Cyber Risk Assessment and Measurement
More Webcasts
White Papers
[Forrester Research] The State of Data Security & Privacy
2020 SANS Cyber Threat Intelligence
More White Papers
Reports
Email Security Threat Report 2020
Special Report: Understanding Your Cyber Attackers
More Reports

My wife has an iphone 6 work phone.  It is certainly faster and smoother than the 5, but I personally don't see anything ground breaking with it.  Evedently the glass screen is more fragile as her IT dept insisted she get a case for it imediately.

I played with a Galaxy Note Edge the other day.  I have to say that edge technology is very cool and potencially useful.  Maybe Samsung will licence the edge technology to Apple.

"German site Computer Base has done extensive tests with respected benchmarking software GeekBench, 3DMark and GFX Bench 3 and it makes for fascinating reading.

The iPhone and iPhone 6 are putting some serious pressure on Samsung. I wonder how many of Apple's customers would have switched to Android if Apple hadn't made the jump to larger devices.
Reply  |  Post Message  |  Messages List  |  Start a Board

Really interesting to learn that Apple has surpassed Samsung in smartphone sales, I guess this explains Samsung's S6.   To say the competition is fierce in this arena might be an understatement.
Reply  |  Post Message  |  Messages List  |  Start a Board
Editors' Choice
Hot Topics