The launch of Apple's latest smartphones, the iPhone 6s and 6s Plus, is still dominating headlines half a week after their splashy debut, with seemingly the entire pundit class weighing in on the pros and cons of the tech giant's latest phone release.

Whether or not the iPhone 6s proves to be a record-beating success, Apple fans are already responding positively to the company's latest aesthetic tweak to its smartphone. Mac-centric blog Apple Insider reports the rose gold color option for the new iPhone has been tracking ahead of all other models.

The iPhone 6s has also completely sold out during pre-order in Hong Kong, according to a local tracking site. 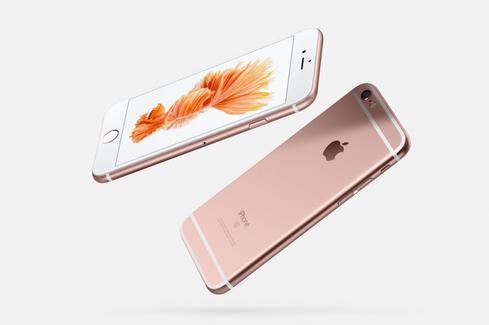 The release also heralded a new age in Apple's smartphone pricing strategy. Now, carriers such as T-Mobile, Verizon Wireless, and AT&T won't be subsidizing the hefty price tag for the phones, instead allowing consumers to essentially lease the handsets on a monthly payment plan and turn them in when Apple upgrades the devices.

One analyst also believes this is the beginning of the end for the iPhone. Argus Insights CEO John Feland is predicting future demand for the handsets will be limited, barring any radical technological breakthrough.

"iPhone sales are unlikely to hit the same peaks at next year's upgrade cycle as the level of smartphone saturation tips to replacement over new users," Feland wrote in a research note.

[ Read about the iPhone 6s features Apple left out. ]

However, the report indicated that the market for premium devices from Apple and Samsung, among others, was nearing its limit, while low-cost smartphones sold in emerging economies are driving growth.

Apple's continued popularity in China was also noted in the report, suggesting growth in the world's second biggest economy could continue far into the future.

Still, analysts such as Piper Jaffray's Gene Munster, who has closely watched Apple for years, are optimistic about the new iPhone's chance for success. Munster's report was picked up by Business Insider and other publications.

"We believe there is substance in the new products, most notably that the iPhone 6S should have enough appeal, along with the lower price for existing iPhone 6 and Plus, to allow Apple to continue to gain share at the high end of the phone market," Munster wrote.

Nathan Eddy is a freelance writer for InformationWeek. He has written for Popular Mechanics, Sales & Marketing Management Magazine, FierceMarkets, and CRN, among others. In 2012 he made his first documentary film, The Absent Column. He currently lives in Berlin. View Full Bio
We welcome your comments on this topic on our social media channels, or [contact us directly] with questions about the site.
Comment  |
Email This  |
Print  |
RSS
More Insights
Webcasts
Detecting and Preventing Insider Data Leaks
Hybrid Cloud: The Great Balancing Act
More Webcasts
White Papers
iPaaS Intrigue: A Faster Path to Digital Transformation
Accelerate Threat Resolutions with DNS
More White Papers
Reports
Tech Insights: Detecting and Preventing Insider Data Leaks
Intelligent Outcomes Are Key to Business Resilience
More Reports