The iPhone 7 launch tops Apple predictions for 2016, but we may also see the smaller iPhone 6C, an upgraded iPad Air, and the next-gen Apple Watch.

As Apple wraps up another year, we've begun thinking about what's coming from Cupertino in 2016.

This year wasn't the most exciting one for Apple, but it was productive. The mobile tech giant had its "most successful year ever" in its fiscal 2015 year, said CEO Tim Cook, as revenue grew 28% to nearly $234 billion.

Apple's 2015 earnings were primarily driven by iPhone sales and supported by sales of Apple Watch, Mac, and the App Store. China, in particular, was a key area of growth, with $12.5 billion in revenue during Q4 alone, and will continue to be a strong market as users adopt Apple Pay.

Some of the biggest Apple announcements from this year included the launch of Apple Watch, the iPhone 6s and 6s Plus, iOS 9, and the iPad Pro. What will 2016 bring? Let's take a look at some popular predictions for the year ahead:

[More predictions: Apple may bring high-res audio to iPhone and iPad in 2016.]

The industry appears torn on predictions of the launch of a smaller iPhone in 2016. Despite earlier reports claiming the rumored iPhone 6c was unlikely, some experts claim Apple will release a compact smartphone next year.

The latest prediction comes from KGI Securities analyst Ming-Chi Kuo, who has a solid track record for predicting Apple news. He anticipates Apple will go back to its roots with a 4-inch iPhone in the first half of 2016, and claims this will meet the strong demand for an iPhone with a smaller display and price tag.

Apple first experimented with budget smartphones when it released the iPhone 5s and 5c in 2013. The iPhone 6c would be an upgrade to the metal iPhone 5s, which proved more popular than its plastic counterpart.

Kuo expects the iPhone 6c would come with metal casings and a faster A9 processor. However, the smaller device wouldn't come with 3D Touch, now found in the 6s.

The Apple Watch generated a lot of hype when it first debuted in March 2015, and it slowly gained traction in the wearable market. By early November, shipments hit 7 million.

While the original model may have been more successful than its competitors, it wouldn't come as a surprise if Apple unveiled its next-gen Apple Watch in 2016.

As with many first-edition devices, the sales and reviews of Apple's first smartwatch left room for improvement. One common problem was the watch's heavy reliance on a user's iPhone, required for Apple Watch to be fully functional. Some people complained about a lack of reliable third-party apps.

Apple upgraded Apple Watch in September 2015 with the release of WatchOS 2, which enabled apps to run independently without an iPhone. It also let users scroll through their calendar appointments, turn the Watch into an alarm clock, and secure the device from thieves.

However, we haven't heard much about a hardware update. Could 2016 be the year? MacRumors reports the next-gen Apple Watch could debut alongside the iPhone 6c at a March event.

The Apple Watch 2 could improve on the weaknesses of the original and add new features like GPS capabilities and water resistance -- two qualities absent from the current Watch that would undoubtedly be welcome. The flagship Apple Watch will be a year old by early 2016, so perhaps we'll see an upgraded model in the new year. 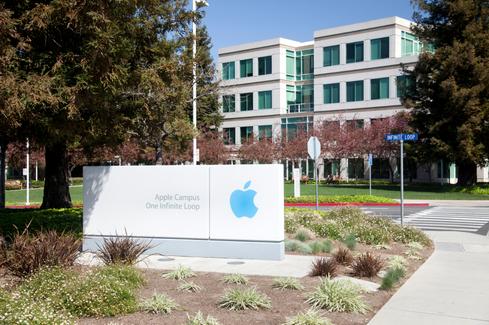 The major iPhone news of 2015 surrounded the release of iPhone 6s, iPhone 6s Plus, and iOS 9. Apple's latest smartphones have some handy features and welcome upgrades, like 3D Touch and 4K video capture, but S-branded iPhones traditionally have minor updates.

Tech watchers are expecting more drastic changes in the iPhone 7, which is expected to debut in September 2016. The rumor mill is already churning.

Design predictions for the iPhone 7 include a thinner model, made possible with the elimination of the 3.5mm headphone jack. Reports claim the new design could be between 6.0mm and 6.5mm thick, but are users willing to sacrifice?

Apple may also delete the home button in an effort to enlarge the iPhone's display size with an edge-to-edge screen. This prediction is supported with a patent demonstrating Apple's experimentation with on-screen fingerprint scanners.

Other anticipated features for the iPhone 7 include wireless charging and a waterproof design.

The March event could also be the launch site of Apple's rumored iPad Air 3. KGI's Kuo predicts the upgraded tablet will debut in the first half of 2016.

He claims the iPad Air 3 will not have the 3D Touch capabilities of the iPhone 6s and 6s Plus. This feature enables users to access different app features by applying more or less force to the screen.

"We forecast that iPad Air 3 will opt not to feature 3D Touch because of production issues," he said, as reported by 9to5Mac. However, he notes 3D Touch will be present in the iPhone 7.

Apple delivered a much-needed upgrade to its mobile OS with the September release of iOS 9. Despite the expected upgrade glitches for a pool of users and the lack of major new features, the OS was generally well-received.

A few months later, we're already talking about the next upgrade. It's likely Apple will announce iOS 10 at its 2016 Worldwide Developer Conference (WWDC) with a full rollout in the fall, a time that would appropriately coincide with the iPhone 7 release.

While no reports have described the features of iOS 10 with certainty, there are a few rumored capabilities we'd like to see arrive on iPhone and iPad.

One of these is the ability to hide Apple's default apps and have the option to choose third-party apps instead. Most people have a folder where they store Podcasts, Compass, and Game Center. It would be great if there was an option to hide apps that are never used.

iCloud voicemail is reportedly undergoing testing at Apple, reported MacWorld. This feature would let Siri speak with people who contact you, and would translate their voice messages into text.

iOS 10 may also include a Home app for IoT-connected devices via HomeKit. This app would serve as a hub for adjusting controls on HomeKit-compatible products scattered throughout the house.

Kelly Sheridan is the Staff Editor at Dark Reading, where she focuses on cybersecurity news and analysis. She is a business technology journalist who previously reported for InformationWeek, where she covered Microsoft, and Insurance & Technology, where she covered financial ... View Full Bio
We welcome your comments on this topic on our social media channels, or [contact us directly] with questions about the site.
Comment  |
Email This  |
Print  |
RSS
More Insights
Webcasts
Fintech at SaaS speed: Navigating the scale & security challenge
Monitoring Critical Cloud Workloads
More Webcasts
White Papers
Why Energy Management is Critical to 5G Success
Intelligent Load Management
More White Papers
Reports
Dark Reading Report: Battle for the Endpoint
The State of Endpoint Security
More Reports