iPhone 7 May Get Intel Modem Chips In Some Models - InformationWeek

50%
Tweet
Bloomberg reported that Apple has selected Intel to provide the company with the wireless modems for some versions of the upcoming iPhone 7. It's a major victory for the chipmaker's efforts to crack the mobile market.

Intel's executives are likely parading through the C-suite doing their happy dance right now. Apple, one of the world's most important smartphone manufacturers, wants Intel inside the iPhone 7. It's a big moment for Intel.

Apple will use modems (not processors) from Intel in some versions of the iPhone 7, according to a June 10 report in Bloomberg. Specifically, Intel's LTE modem will find its way into the AT&T variant of the iPhone 7. The Intel modem will also appear in other GSM-based iPhone 7 variants around the world, and possibly in that of T-Mobile's.

Apple will continue to rely on Qualcomm for the modem inside the Verizon Wireless (and probably Sprint) version of the iPhone 7, as well as the iPhone 7 variant sold in China.

It may not sound like much, but Intel needed this win badly. 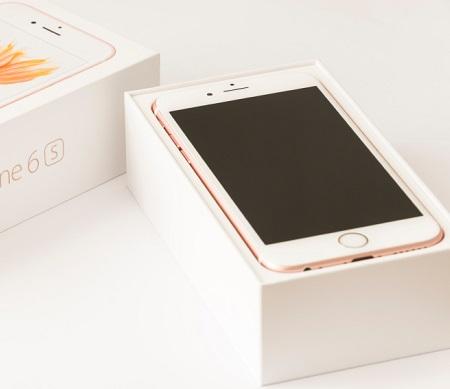 Intel's efforts in the mobile space have largely failed. While Intel processors are the bread-and-butter of PC makers, smartphone and tablet manufacturers generally stick with Qualcomm, MediaTek, and other suppliers. Intel has failed so miserably at putting its processors in smartphones that it has essentially given up.

Intel hoped to break into the wireless modem business by purchasing Infineon. (Infineon supplied the modem for the original iPhone back in 2007.) Intel has put Infineon's technology to use in creating LTE modules, but has found few buyers.

Bloomberg says Intel's global share of the mobile modem market is about 1%.

A report from October suggested Intel would target the Apple iPhone, and it appears those efforts have paid off.

Apple shipped 231 million iPhones during 2015 and is expected to ship similar numbers in 2016. AT&T's share of that number will be 22 million in 2016 and 23 million in 2017, according to BTIG analyst Walt Piecyk. During the same periods, Verizon will ship 21 million and 22 million iPhones, respectively. At about $15 per modem, Intel stands to rake in about $675 million over the next two years.

[Read more about the upcoming iPhone 7.]

It's vital for Intel to have at least some presence in the mobile space. Smartphone shipments exceed 1 billion devices per year. Though winning Apple's business is a big deal for Intel, it isn't so much for Apple.

"If true, it would be a fairly major hit to Qualcomm. However, until Apple designs modems itself, it would just be a supplier change, not something that fundamentally changes the competitive balance between Apple and other device OEMs," remarked Avi Greengart, research director for consumer platforms and devices at Current Analysis.

Switching up suppliers is more than about which components are best. Apple already uses several companies to manufacture its Ax line of processors. This is a strategic choice to protect its supply chain. It also gives Apple leverage when it comes time to negotiating prices.

The iPhone 7 is expected to arrive in September.