Apple's focus for the next iteration of the iPhone -- the iPhone 7 -- seems to be on audio capabilities, as recent reports and the patent filing indicate.

While smartphones haven't been widely commended for the pristine audio emanating from their speakers -- with apologies to the HTC Desire's dual front-facing stereo set -- a patent filed by Apple indicates its upcoming iPhone 7 will feature improved specs.

An Apple patent was filed with the US Patent and Trademark Office and first published Jan. 12. First reported by Apple-centric blog 9to5Mac, the patent exhaustively details the tech giant's plans for squeezing higher-volume and higher-quality audio from increasingly slimmer handsets.

The patented invention pertains to a portable electronic device that provides compact configurations for audio elements, essentially turning other components of the iPhone into the speaker assembly. 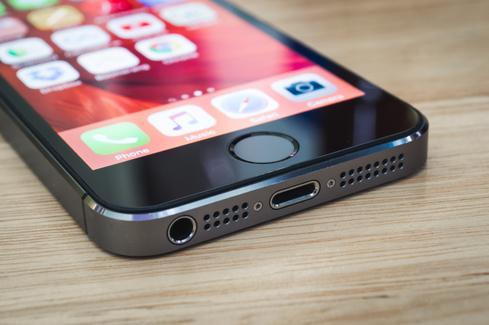 "In one embodiment, an audio element can be mounted on or coupled to an intermediate structure (e.g., a flexible electrical substrate) having an opening therein to allow audio sound to pass there through," the patent reads. "In another embodiment, an audio chamber can be formed to assist in directing audio sound between an opening an outer housing and a flexible electronic substrate to which the audio element is mounted or coupled thereto."

Apple's seemingly endless quest to make ever-thinner devices has already led to some creative -- and not so creative -- methods to squeeze use out of every spare space in their notebooks, tablets, and smartphones.

In a recent interview with hardware engineering chief Dan Riccio on 60 Minutes, he summed up the attitude of the company by saying: "Every tenth of a millimeter in our products is sacred."

The new Apple patent attests to this philosophy:

With a reported slowdown in production battering Apple's stock price, the company appears to be turning to the smartphone's audio components in an effort to stay ahead of the competition and sustain consumer interest in the pricey devices.

In addition to improved speakers, it now appears certain that Apple is going to ditch the standard 3.5mm audio jack found on nearly every smartphone, which would force consumers to upgrade to new headphones that would connect through the iPhone's Lighting port.

The reason behind the decision, according to speculation, is that Apple is working on making its newest handset even slimmer than the iPhone 6s -- a full millimeter slimmer, in fact -- meaning that the 3.5mm headphone jack has to go.

[Check out InformationWeek's predictions for Apple in 2016.]

Apple may be getting ready to cut the cord completely when it comes to the headphones offered with its upcoming iPhone 7 model, a recent report in Apple blog 9to5Mac indicated.

In addition to possibly being completely wireless, the headphones could also feature noise-cancelling technology and a microphone that would allow users to communicate with Siri, Apple's digital concierge, or to answer phone calls.

In other iPhone 7 rumor news, Apple is reportedly close to an agreement with rivals Samsung and LG to supply organic light emitting diode (OLED) screens for its next-generation smartphone.

Nathan Eddy is a freelance writer for InformationWeek. He has written for Popular Mechanics, Sales & Marketing Management Magazine, FierceMarkets, and CRN, among others. In 2012 he made his first documentary film, The Absent Column. He currently lives in Berlin. View Full Bio
We welcome your comments on this topic on our social media channels, or [contact us directly] with questions about the site.
Comment  |
Email This  |
Print  |
RSS
More Insights
Webcasts
Fintech at SaaS speed: Navigating the scale & security challenge
Monitoring Critical Cloud Workloads
More Webcasts
White Papers
Three Secrets to Stopping Ransomware Cold
The State of Zero-trust Security Strategies
More White Papers
Reports
A Practical Guide to Enabling 5G Deployments
Gartner Market Guide for Insider Risk Management Solutions
More Reports