Leaked photos purportedly show the rear casing for Apple's upcoming iPhone 7, which features a much larger opening for the camera sensor.

Apple's iPhone 6s is already known to have one of the highest-quality smartphone cameras on the market, but the company is likely working to make an even more impressive camera for the upcoming iPhone 7, which is likely to be revealed in September.

Leaked photos that first surfaced on the French tech blog Nowhereelse.fr on June 25 appear to show the casing on the iPhone 7 with a much larger camera sensor opening than the previous iPhone, as well as a possible dual-camera configuration for the larger iPhone 7 Plus.

In 2015, Apple purchased an Israeli company called LinX that makes multi-lens camera systems and depth-gauging technology, which has also led to speculation that Apple is planning a major upgrade to the iPhone's camera.

Patents filed by Apple -- spotted by Patently Apple in January -- suggest the company is working on a bevy of new features for the iPhone 7's camera, such as a dual-shooting mode. 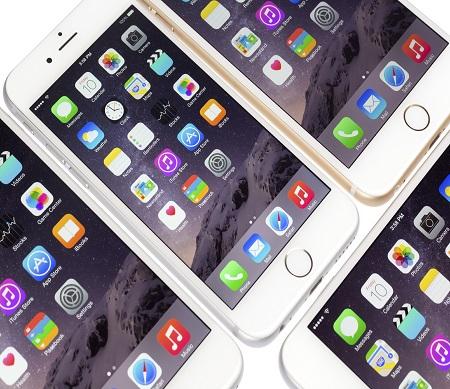 What is unclear is whether the new camera design will allow Apple to recess the bezel for the feature back into the iPhone's metal housing. It currently protrudes slightly out of the device, which has miffed some design purists who would prefer to see a more elegant solution for what many consider to be the pinnacle of smartphone design.

The rumors concerning an upgraded camera follow a host of speculation about the major features of the new iPhone, which is expected to have its unveiling sometime this fall.

Among the more controversial is Apple's reported decision to ditch the industry standard 3.5-mm headphone jack. That change may only apply to the larger 5.5-inch iPhone Plus model, while the smaller 4.7-inch iPhone may keep the traditional jack.

[Read about Beijing's recent ban on the iPhone 6s.]

As for the antenna bands, Apple has moved them to the bottom and top of the back of the casing. In the current iPhone 6s model's placement, they run across the smartphone about half an inch from the top and bottom.

According to sources cited by The Wall Street Journal on June 21, rather than offer a completely fresh design for the iPhone 7 -- something the company is known to do every other year -- Apple will instead keep the design almost entirely the same and make only small alterations to the device.

Apple is reportedly reserving big changes for the 2017 iPhone to mark the 10th anniversary of the original device. Among those would be an improvement in the display, which would see archrivals Apple and Samsung forge an unlikely partnership.

The display change would see organic light-emitting diode (OLED) displays manufactured by the South Korean electronics giant fitted onto the iPhone, according to an April report in The Korea Herald.

The company has a lot riding on the continued improvements to its flagship device, and it's under pressure to knock out the competition with major upgrades. Apple saw its first ever double-digit decline year-over-year, with iPhone sales down 14%, according to a May report from Gartner.

Nathan Eddy is a freelance writer for InformationWeek. He has written for Popular Mechanics, Sales & Marketing Management Magazine, FierceMarkets, and CRN, among others. In 2012 he made his first documentary film, The Absent Column. He currently lives in Berlin. View Full Bio
We welcome your comments on this topic on our social media channels, or [contact us directly] with questions about the site.
Comment  |
Email This  |
Print  |
RSS
More Insights
Webcasts
Managing Your Enterprise Collaboration Platforms
Fact or Fiction? The Truth About Cloud Native Security
More Webcasts
White Papers
Preparing an Endpoint Security Strategy to Address Ransomware
Privileged Access Management Checklist
More White Papers
Reports
The Infoblox Q1 2021 Cyberthreat Intelligence Report
The State of Malware Threats
More Reports