Apple may be moving to install an Intel LTE chips in its upcoming iPhone 7, according to comments from current supplier Qualcomm. However, one analyst claims it's 2017's iPhone 8 that everyone should be watching.

Though the official launch of Apple's latest flagship iPhone, likely called the iPhone 7, is still about half a year away, new rumors continue to leak out, including one that indicates the company will be swapping out a Qualcomm LTE modem chip for Intel silicon.

The switch to an Intel chip seems to be coming from Qualcomm itself. Specifically, CEO Steve Mollenkopf indicated on the company's earnings call that it could lose out on orders for the iPhone chip to a rival company, according to an April 20 report in Bloomberg.

Although Qualcomm stock dropped 2% following Mollenkopf's comments, Sid Parakh, a fund manager for Becker Capital Management, which owns Qualcomm stock, told Bloomberg he wasn't worried about the potential implications, but noted there was "an element of investor expectation" that the company could lose some business at Apple. 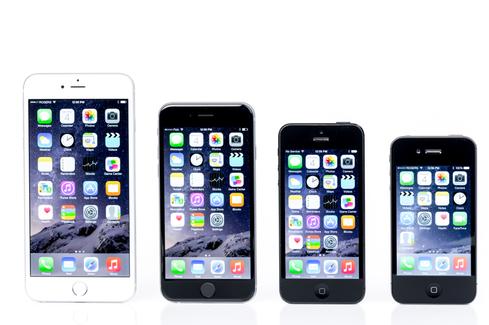 Mollenkopf's comments seem to confirm some speculation that Apple and Intel are working together to create a modem chip for the iPhone 7, although none of the companies involved are commenting right now.

Additional iPhone 7 rumors from this week include new camera technology.

Specifically, the blog Patently Apple noted the company had been granted a patent relating to an iOS device camera, which includes a photo sensor and a compact folded telephoto lens system.

The folded design could help Apple to install a more compact camera component and achieve a high-resolution optical lens system.

The iPhone 7 will also likely be the first Apple smartphone to ditch the standard 3.5mm headphone jack, which has caused some grumbles in the tech community.

The avalanche of rumors has so far failed to impress Barclays analyst Mark Moskowitz, who said in a research note to investors that the latest iPhone won't be a must-have device, reserving enthusiasm for 2017's model.

The comments, obtained by Fortune, included the prediction that there would be no major change in form factor, but feature minor tweaks and changes, with Apple planning on a major redesign jump next year.

"The jump could showcase major form factor changes, including OLED, no home button, and wireless charging," Moskowitz wrote of the 2017 device, which is tentatively being called the iPhone 8. "In our view, these potential changes could drive a mega cycle."

Earlier this week, speculation arose that archrivals Apple and Samsung may be forging an unlikely partnership that would see organic light-emitting diode (OLED) displays manufactured by the South Korean electronics giant fitted onto Apple's iPhone.

The report in the Korea Herald claims Samsung's display unit is planning to open a dedicated production line for the screens in its A3 plant in the second quarter of 2016, which will have an estimated production capacity of 120,000 panels per month.

Less than halfway through 2016, it appears as though analysts are already shifting their focus to 2017 and the major iPhone upgrade predicted for that cycle's refresh.

In an investor note from analyst Ming-Chi Kuo of KGI Securities, which was obtained by Apple Insider, Kuo wrote that next year's iPhone will sport an all-glass back.

That hasn't taken the pressure of Apple for this year, however. Industry veteran Walt Mossberg wrote in a March 23 article entitled "The iPhone 7 Had Better Be Spectacular" that Apple's new iPhones and iPads are very nice, but "don't break much new technology ground."

Apple's fourth quarter 2015 report shows flat iPhone sales year-over-year. The company even predicts a first-ever drop in shipments for the first quarter of 2016.

Nathan Eddy is a freelance writer for InformationWeek. He has written for Popular Mechanics, Sales & Marketing Management Magazine, FierceMarkets, and CRN, among others. In 2012 he made his first documentary film, The Absent Column. He currently lives in Berlin. View Full Bio
We welcome your comments on this topic on our social media channels, or [contact us directly] with questions about the site.
Comment  |
Email This  |
Print  |
RSS
More Insights
Webcasts
Securing and Monitoring Networks in the 'New Normal'
How Elite Analyst Teams are Transforming Security with Cyber Reconnaissance
More Webcasts
White Papers
Centralized Security Policy Management Across Hybrid Cloud Environments Should be an Obvious Strategy
A Practical Guide to SASE Migration
More White Papers
Reports
How IT Security Organizations are Attacking the Cybersecurity Problem
The Drive for Shift-Left Performance Testing
More Reports
Copyright © 2021 UBM Electronics, A UBM company, All rights reserved. Privacy Policy | Terms of Service