Following on reports of the iPhone Error 53, Apple is being taken to task for bricking the iPhones of consumers who sought out cheaper repairs. Attorneys are asking users to join a class action lawsuit against the company.

Lawyers are going after Apple for rendering some iPhones useless. The Error 53 controversy, as it is being called, bubbled to the surface last week when some people found Apple intentionally bricked their phones for security purposes.

Broken iPhones are a pain in the rear, and Apple has made an already expensive ordeal even more so. Apple charges between $99 and $149 to repair broken iPhone screens. The cost is certainly less than replacing the iPhone outright, but it's still a bitter pill to swallow. That's why third-party repair shops will replace iPhone screens for less.

Consumers who've taken their iPhone 6 to outside businesses for new screens are now finding out the hard way that Apple doesn't necessarily approve. 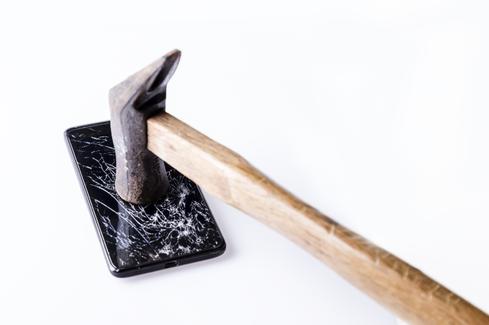 "We protect fingerprint data using a secure enclave, which is uniquely paired to the touch ID sensor," explained Apple in a statement sent to the Mac Rumors website. "When iPhone is serviced by an authorized Apple service provider or Apple retail store for changes that affect the Touch ID sensor, the pairing is re-validated. This check ensures the device and the iOS features related to Touch ID remain secure. Without this unique pairing, a malicious Touch ID sensor could be substituted, thereby gaining access to the secure enclave. When iOS detects that the pairing fails, Touch ID, including Apple Pay, is disabled so the device remains secure."

This argument falls flat, according to PCVA, since repaired phones typically function normally for periods stretching to several months and are only bricked when the owner attempts to update the software.

"No materials we've seen from Apple ever show a disclosure that your phone would self-destruct if you download new software onto a phone," said PCVA's Darrell Cochran in the lawsuit. "If Apple wants to kill your phone under any set of circumstances and for any reason, it has to make it crystal clear to its customers before the damage is done."

[Read how Apple and Google are trying to kill off smartphone passwords.]

Cochran also calls out Apple's poor response, which is, in effect: "You have no options; it's not covered under warranty, and you have to buy a new phone."

The law firm is looking to score new, functional iPhones for members of the class, as well as $5 million in damages and mandatory changes to its repair restriction policies. The firm is seeking class members to join the lawsuit.

According to Mac Rumors, however, some Apple Stores have been given permission to replace third-party screens, Touch ID modules, and flex cables, so that the devices will once again pass Touch ID validation. Apple has not confirmed that it plans to take such action.

Eric is a freelance writer for InformationWeek specializing in mobile technologies. View Full Bio
We welcome your comments on this topic on our social media channels, or [contact us directly] with questions about the site.
Comment  |
Email This  |
Print  |
RSS
More Insights
Webcasts
How Elite Analyst Teams are Transforming Security with Cyber Reconnaissance
Strategies for Success with Digital Transformation
More Webcasts
White Papers
How to Prioritize Risk Across the Cyberattack Surface
The State of Threat Detection and Response
More White Papers
Reports
Are Unprotected Cloud Databases Leaking Your Data?
IDC FutureScape: Worldwide Digital Transformation Predictions
More Reports

I have been a very unhappy owner of many apple items in which are completly useless and much too expensive, iphone 4, 4s, 5c, iphone 6, as well as ipads and had nothing but trouble thier products. What are they going to do for us innocent suckers whom keep being ripped off by this company??? Not to mention Money lost, time, a big hassle when ive got better things to do with my time, money etc. apple should take FULL responcibility for all of thier shortcomings. its no wonder sales have been dropping they should be out of buisness completly. Enough said but......
Reply  |  Post Message  |  Messages List  |  Start a Board

@Li Tan I read this yesterday on 9to5Mac: "Apple today has released a new version of iOS 9.2.1 that will remedy bricked iPhones affected by 'error 53' after servicing hardware with Touch ID (via TechCrunch)."
TechCrunch also shows an Apple statement regarding this issue. In one part it reads:
"We apologize for any inconvenience, this was designed to be a factory test and was not intended to affect customers. Customers who paid for an out-of-warranty replacement of their device based on this issue should contact AppleCare about a reimbursement."
Apple vs. the FBI, and now this. 2 out of 2 for Apple. I'm not an Apple user, but nice going indeed.
Reply  |  Post Message  |  Messages List  |  Start a Board

@TerryB.  I understand you point but there are non OEM parts like a car ECU that could cause you car to fire incorrectly on the timing and destroy your pistons.  So effectively your car is then bricked.  I understand the issue very well and I choose to get my devices repaired by the manufacture or an authorized provider.  At least that way I have some recourse.  I am guessing there is also an easy software update the will "unbrick" these phones and shutoff the touch id function but still allow it to be opened with the passcode.  Hopefully restoring from backup and the update will get those folks up and functional minus the touch id.  The screen thing idk?
Reply  |  Post Message  |  Messages List  |  Start a Board

@gvandunk, the difference from your car example is they don't prevent your car from starting if you put a non OEM part in your car. It's a risk you can choose to take. I know a lot of people who only take car to their dealer for service, more power to them. But car mfgrs can't force that behavior by bricking the car if you don't.

I don't think it changes because security is involved. All they need is clause in their already expansive T&C (loved the South Park spoof of that!) that any work by 3rd party invalidates all warranty from Apple. That simple to make both sides happy, if Apple's problem was really concern over our security. Be we all know this is about Apple's profit on this work.
Reply  |  Post Message  |  Messages List  |  Start a Board

I did not have this exact issue, but I did break my iPad glass and I did get it fixed by the nearest Drop, Fix , Smash store (which does not claim to be an Authorized Service Center, however, I'm not driving more than 5 minutes to get my glass fixed so...)

I did notice that the new glass has a dotted grid on the screen - I guess it is the digitzer for the touch screen, but it is pretty dark, whereas I never even noticed it on the original glass at all.  I just thought it to be odd.
Reply  |  Post Message  |  Messages List  |  Start a Board

I understand there are security implications here, but that doesn't mean Apple has to brick people's phones. This sounds more like an issue between Apple Stores and third party repair centers.

Yes, Apple does charge a lot for repairs, and that creates some animosity. But it shouldn't mean consumers get a bricked phone for looking at alternatives.
Reply  |  Post Message  |  Messages List  |  Start a Board

You can always update to the latest IOS level via iTunes effectively wiping your device and doing a clean install and then apply your backup.  That way you would have the software fix if Apple gives one in the next update. From there it would be just restoring your backup and using your Apple ID/password and the device password if you had one to access your phone.

The key as always is to have a good backup.  To many people do not do that and suffer the consequences.
Reply  |  Post Message  |  Messages List  |  Start a Board

For me it comes down to authorized repair or not.  In order to maintain your warranty you must use an authorized repair facility no matter who the manufacturer is.  Apple is not different then any other manufacturer.  They want to make sure of the quality and integrity of the repair so that the customer is happy and the device works properly.

If you do not use an authorized repair facility whether you are in warranty, void warranty, or not you risk having your item not work.  In this type repair the manufactur is not repsonsible for the outcome. You and the entity you decided to let repair your device are.  You are responsible to make sure any entity that does a repair for anything stands behind the repair.

I am of the opinion that this lawsuit will be thrown out and they are just fishing for a payout.  Apple may also let you just login with your password and deactivate touch id and credit info since it is tied to touch id.  This could be done in the next software update.  That way your device would still be accessible with the password as it does not have to be associated with the touch id.

It is interesting that the article did not say whether the phone could be accessed with the password or just the touch id did not work after an update.  If they can fix it with the next software update then they will probably replace phones that have legitimate broken touch id sensors or screens that exhibit the issue.  For phones that were repaired by a non autherized repair facility they may make a new phone available at a discounted price to keep customers happy.  I hope all those people had an iTunes backup or at least a iCloud backup.
Reply  |  Post Message  |  Messages List  |  Start a Board