Apple unveiled smaller, cheaper versions of the iPhone and iPad Pro during its March 21 event. Execs also demoed iOS 9.3 and updates to tvOS and Apple Watch. Get a closer look. 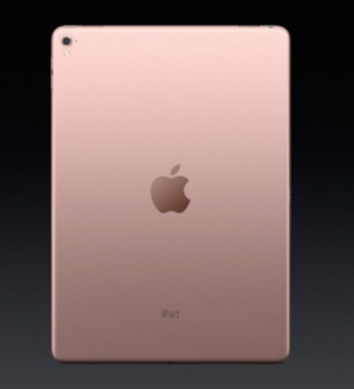 The event put several rumors to rest. In the weeks leading up to the announcements, industry watchers predicted a smaller and less expensive iPhone, new iPad, and iOS 9.3 would appear at the launch.

All of the pre-event predictions were confirmed accurate. Apple also shared a few updates on its recent environmental initiatives and how it's working to make advancements in the health field with updates on ResearchKit and launch of new framework CareKit.

[Apple Watch turns 1: What has changed one year later?]

Aside from the products unveiled at its March launch event, industry analysts suggest Apple may be saving some updates to announce later this year.

"Apple is hosting a low-key event on its own campus to launch new products, but will likely save any software and services announcements for its annual developer conference in June," said Forrester's Frank Gillett in an email prior to Monday's event.

Gillett also predicted the company would avoid mentioning its ongoing legal battle with the FBI, so as not to distract viewers from the day's news. This turned out to be false, as Cook immediately addressed the court case when he stepped onstage.

"We know the [iPhone] is a deeply personal device," Cook said. "We need to decide as a nation how much power the government should have over our data and our privacy."

As the legal showdown unfolds, we take a closer look at the iPhone SE, new iPad Pro, iOS 9.3, and other new products and services from the March 21 event. Were you pleased or disappointed with the updates? Will you buy any of the new devices?

(All images are screenshots of the Apple March 21, 2016 event live stream)