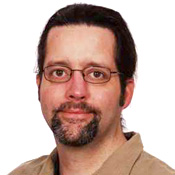 50%
Tweet
Find all BYTE's links to the HP TouchPad announcement, its difficulties, recent reversals, and final kill of its webOS tablet and phones. Plus, where to find a discontinued $99 HP TouchPad.

Here is BYTE's coverage on the short, sad life of the now-dead HP TouchPad. This BYTE all-coverage page is a growing index for you to check as we update links from all over BYTE on this developing story.

So far this all-coverage page includes stories going way back to Hewlett-Packard's excited spring release of its consumer targeted devices, the webOS-based TouchPad and its webOS Pre and Veer smartphones. And it includes links for all coverage right up to and beyond HP's kill of that webOS product line.

I'll regularly update you here with links to new stories, relevant BYTE Radio show or BYTE TV content, new developments as they happen and details on where to find those last dirt cheap $99 and $149 TouchPads. Our teamBYTE journalists and techpros say they are all but gone.

One last place to check, advises our Senior Contributor Eric Finkenbiner, is Barnes & Noble. He says to head right here. Do not pass go or collect $200. With these prices, you won't need to!

I'll always begin with the the latest news:HP TouchPad Firesales Keep Blazing, webOS Patents Hang in Balance.Gina Smith is keeping tabs on what happens now that the ax fell. She is investigating whether the WebOS patents hold value for HP or perhaps other big players who need more ammunition for the patent war. Watch for a link to her investigation if you don't easily find it on BYTE's packed site.

Speaking of patents, listen to this special report of BYTE Wireless Radio, hosted by Craig Johnston, Fritz Nelson and Gina. They really dig into what's really behind the patent wars, thanks to legendary IP expert Florian Mueller. Click below to play.

Not a great future investment, but an amazing bargain considering the price. Certainly it's a novelty for anyone who wants to play with an HP TouchPad and its geek-beloved webOS. Did you buy one? I did. Email [email protected] or [email protected] for your experiences.

Right after HP killed it last week, Fritz Nelson wrote a winsome obituary on webOS and the HP devices it powered.

It's a 180 degree switch HP made since its big time rollout of these devices this spring in San Francisco. Gina was there with Fritz and crew. The event, product line and surrounds looked outstanding. The eventual outcome: not so good.

HP had big dreams to take on the Apple iPhone. Now it's strictly business. This video highlights the switcharoo.

BYTE Wireless Radio, in a short report on the HP deal, took a deep yet fast-paced look at HP's decision right after execs announced. IDC's Al Hilwa guests. Listen to the show here.

Finally, if you're one of the folks who had no interest in the HP TouchPad until it was so cheap it seemed silly not to pick it up, you'll benefit with some HP TouchPad tips I'm collecting.

I'll be adding more for you over the next few days. You might need them, once your HP warranty runs out. Here are the first two. Check in from time to time.

First, here's how to take a screenshot on the HP TouchPad.

Just hold down the Home button. Then press the Power button. You'll see and hear the system take a capture of the screen. Then go into your Pictures Library. You'll see a section just for the shots you took -- view the captures there. And, perhaps more appropriately, here's how to safely disconnect your HP TouchPad from a PC.

Windows users are used to just pulling out USB devices without getting errors. But if you pull the USB cable from your HP TouchPad, WebOS doesn't like it. You get the following message. The correct way to disconnect your HP TouchPad is to go to My Computer, right-click on the HP TouchPad icon, then select Eject from the context menu. Then disconnect the USB cable once you see the Safe To Remove Hardware message pop up in the Notification Area on the Taskbar.

Disconnecting your new tablet properly is important. You'll be far less likely to corrupt files or the OS due to sloppy powerdown.

Microsoft courted WebOS developers after HP broke the news and scored 500 plus inquiries for jobs on its Windows Phone 7 team. Way to beef up an army. Meanwhile, an Android development team kicks off Project TouchDroid, a project to port Google Android versions 2.3, 3.0 and the upcoming 4.0 onto the HP TouchPad. The team, its site claims, is already hard at work. Details here

So maybe that discontinued $99 TouchPad you just snapped up is going to have a real future. To be determined. More to come ...