LG abruptly halted sales of its Watch Urbane 2nd Edition LTE due to unspecified problems with the hardware. The move comes less than a week after the smartwatch's launch.

LG's most impressive smartwatch yet is now unceremoniously going down in flames. The Watch Urbane 2nd Edition LTE had been on sale for several days when LG pulled the wearable from stores. A cryptic statement from the company about "a hardware issue" only makes a bad situation worse.

The device was notable because it bore the distinction of being the first Android Wear smartwatch able to make calls independent of a smartphone. Terrible name aside, the Watch Urbane 2nd Edition was an impressive, high-end wearable, and the first to ship with Android Wear 1.4, based on Android 6.0 Marshmallow. But that Dick Tracy dream is now a nightmare.

AT&T customers who ordered the smartwatch online were suddenly reimbursed for it -- sans explanation -- before LG had a chance to say anything. Verizon, too, cancelled customer orders. AT&T and Verizon later said customers can seek a full refund or select another wearable. Store reps were ordered to remove the wearable from the floor immediately and return it to the manufacturer.

LG eventually issued a statement. "Late in the quality assurance process for the LG Watch Urbane 2nd Edition LTE, our engineers were made aware of a hardware issue which affects the day-to-day functionality of the device." However, the company didn't explain the issue further. "After further investigation, the decision was made to cancel the rollout of the Urbane 2nd Edition LTE due to the complicated nature of the issue." 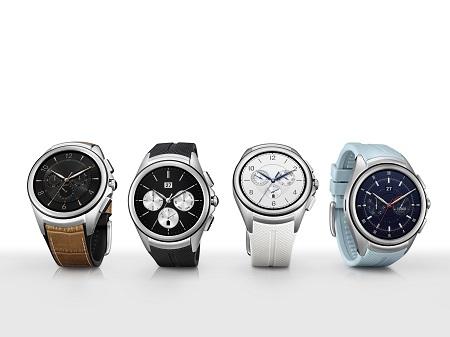 Early reviews of the device didn't indicate there were any problems with the wearable, and even Google was singing the Watch Urbane's praises earlier this month. "No more worrying about Bluetooth or Wi-Fi -- your watch will automatically switch to a cellular connection when you're out of range," said Google in a blog post. "As long as your watch and phone are connected to a cellular network, you'll be able to use your watch to send and receive messages, track fitness, get answers from Google, and run your favorite apps. And yes, you'll even be able to make and take calls right from your watch."

Whatever the hardware issue is, it appears to be significant enough that LG is likely to kill the Watch Urbane LTE off entirely.

"Whether the device will be available in the future will be decided at a later time," said LG. "For now, our top priority is to ensure that only products that meet our very specific quality standards are available for purchase."

The smartwatch's untimely demise is a small blow to Google, which was clearly excited about the product's prospects. Right now, there are no LTE-enabled Android Wear devices available. Perhaps that will change in January at the Consumer Electronics Show.