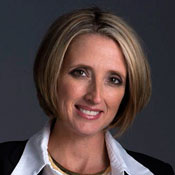 Microsoft's purchase of Nokia is yet another shift in power from hardware makers to companies that control the app ecosystem. It's a win for America too.

My office is in one of the buildings that used to house Nokia's main R&D center and 1,500 scientists. Today it is the campus of Aalborg University's Copenhagen branch. We use the old Nokia board of directors meeting room for our Christmas lunch. It makes me think about what caused the decline of this once global powerhouse.

When Elop decided to jettison the company's Symbian operating system in favor of Microsoft's Windows Phone OS in February 2011, Nokia sold more phones on an annual basis than Apple and Android-based phones combined. Nokia phones never took hold in the U.S., a fraction of the world's mobile market but no doubt a lucrative one. But Nokia phones were plentiful in the rest of the world. It specialized in making phones at all price points, and they were in the hands of many users in Asia and Africa, where mobile penetration is exploding. To this day, there is still no dedicated Apple Store in India.

Even though Microsoft bought Nokia for a dirt-cheap price, Microsoft still faces big challenges to becoming a serious player in mobile. For starters, Microsoft still needs to demonstrate to network operators and end users why they should use Windows Phone over iOS or Android. Microsoft would like the smartphone/tablet world to be like the Xbox, where it controls the hardware and the software. But to increase adoption of its Windows Phone platform it will need a compelling value proposition. It hasn't been able to do that so far.

[ For more on what Microsoft's acquisition means, see Microsoft's Nokia Buy: Consumer Chase Is On. ]

The Pew Research Center's Internet and American Life Project asserts that 95% of young adults connect to the Internet with a smartphone. Furthermore, Center for the Digital Future director Jeff Cole asserts that only 4 to 6% of computer users need a PC. With the exception of heavy users for spreadsheets, word processing and computer aided design, tablets will likely be the preferred device. Today's websites are being remade to be mobile, and many companies, including Yahoo, are shifting their business model to be mobile first.

For more than 13 years, Microsoft has been trying to enter the mobile industry in a major way. Their first foray was in 2000 with the iPaq made by Compaq. It was a pocket PC/digital assistant with a Microsoft operating system. It launched "Windows Phone" in 2010. It bought Skype in 2011 for $8.5 billion when the VoIP service earned less than $1 billion. It's unclear what kind of revenue Skype can drive for Microsoft. Will consumers pay $4 per month for upgraded video calls in Skype?

With the purchase of Nokia, Microsoft has pulled its last card and secured control of its one major partner in the mobile space. HTC and Samsung will probably not be pleased, but they both gave Microsoft the cold shoulder in their pivot to Android.

The decline and acquisition of Nokia by Microsoft marks an end of the era in which the phone maker calls the shots. Consumer IT and Internet companies such as Apple, Google and Facebook (which could be a mobile disruptor either with a Skype clone or a Facebook MVNO) now dominate the emerging mobile world. All of these leaders realize that handsets are not enough. If they want to win, they have to own the ecosystem: the users' credentials, the operating system, the app marketplace, AND the hardware and software.

In the big picture, Microsoft's acquisition of Nokia is a win for America in the world war for mobile supremacy. The U.S. is leading in mobile broadband networks, mobile phones, mobile Web platforms and mobile operating systems, for the time being anyway. Not only does the U.S. have the world's fastest mobile speeds on its fresh 4G network, it has more LTE devices than any country in the world.

Microsoft's purchase might be called the $7.2 billion hedge against Lenovo, Huawei or another Chinese player buying Nokia and getting a leg up in the western market. America is leading in mobile for the moment, and Microsoft's Nokia buy is another victory, but if the decline of Nokia -- and BlackBerry too -- are any lessons, no company or country should rest on its laurels.

Learn more about the mobile business by attending the Interop conference track on Mobility in New York from Sept. 30 to Oct. 4.

We welcome your comments on this topic on our social media channels, or [contact us directly] with questions about the site.
Comment  |
Email This  |
Print  |
RSS
More Insights
Webcasts
Optimizing App Performance in the Cloud
Nip Ransomware in the FUD: Detecting Attacks Pre-Encryption
More Webcasts
White Papers
Why Add Security to Your Skill Set and How to Do It
Accelerate Threat Resolutions with DNS
More White Papers
Reports
Enabling Enterprise Resiliency Through Cyberthreat Detection
The State of DevSecOps Report
More Reports

When i heard this news , my first response is this is just a kidding .but i know that;s true , Nokia is bought by Microsoft , this two companies are combined together , i used both these two companies product for more than 10 years , i really hope they can get a new success , catch up apple and google's footsteps .
mskeyoffer com
Reply  |  Post Message  |  Messages List  |  Start a Board

If software is eating the world, as Marc Andreesson puts it, the Microsoft-Nokia deal reminds us that software by itself still only goes so far, but being a hardware manufacturer has become an even riskier path. If the deal marks the end of the phone maker era, it also signals the expanding era for ecosystem makers.
Reply  |  Post Message  |  Messages List  |  Start a Board

Microsoft built an extensive developer ecosystem around Windows that aided the operating system's growth. It clearly wants to do the same with a Windows Phone, but it doesn't have a phone design sense and it hasn't come up with applications that compete effectively with Android and Apple. Acquiring the manufacturer doesn't change that. Good comment by Roslyn Layton that being a hardware manufacturer is no longer enough. All software issues matter and getting third party application creaters is crucial..
Reply  |  Post Message  |  Messages List  |  Start a Board

Thanks for the comments. I too feel bad for Nokia. On the other hand, they were not the best at marketing and communication. There is a list of tech companies that fell prey to their own arrogance thinking their products were the best or their failure to communicate. I hope that Microsoft will not make these mistakes. On the other hand, I am not so sure I'd be excited about Microsoft with Elop at the helm given the track record.
Reply  |  Post Message  |  Messages List  |  Start a Board

Thanks for the comments. I too feel bad for Nokia. On the other hand, they were not the best at marketing and communication. There is a list of tech companies that fell prey to their own arrogance thinking their products were the best or their failure to communicate. I hope that Microsoft will not make these mistakes. On the other hand, I am not so sure I'd be excited about Microsoft with Elop at the helm given the track record.
Reply  |  Post Message  |  Messages List  |  Start a Board

Nicely balanced analysis. I always laugh when pundits say how late MS came to the mobile game. Well, no; it came early enough, it just didn't do so well. It seems to me that the next game-changer is going to be breaking the logjam of mobile data access. All-you-can-eat plans are rare and getting rarer, nevermind the cost, and you could grow old waiting for better spectrum allocation.
Reply  |  Post Message  |  Messages List  |  Start a Board

Microsoft would much rather be in Google's position of farming out Android to willing hardware makers. After all, that's how Microsoft made its fortune with Windows on PCs. But that isn't going to happen in mobile because Android is so popular (and FREE to the phone makers). Microsoft can't give away Windows Phone for free, so it's going to try to control the whole product -- like Apple -- using Nokia hardware. Problem is Windows Phone. In three years its UI hasn't caught on with consumers and I don't see that changing. I feel bad for Nokia.
Reply  |  Post Message  |  Messages List  |  Start a Board
Editors' Choice
Hot Topics