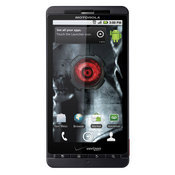 We welcome your comments on this topic on our social media channels, or [contact us directly] with questions about the site.
Comment  |
Email This  |
Print  |
RSS
More Insights
Webcasts
Protecting Your Enterprise's Intellectual Property
Building the SOC of the Future: Next-Generation Security Operations
More Webcasts
White Papers
How to Prioritize Risk Across the Cyberattack Surface
The State of Threat Detection and Response
More White Papers
Reports
2020: Threats in Review
The State of Cloud Computing - Fall 2020
More Reports

10 IT Trends to Watch for in 2021 Cynthia Harvey, Freelance Journalist, InformationWeek,  12/22/2020
White Papers
How to Prioritize Risk Across the Cyberattack Surface
Two-Factor Evaluation Guide
From MFA to Zero Trust
Cyber Threats & Trends: Jan-June 2020
How to Compete in Financial Services IT