A Finnish newspaper reports about a Nokia Lumia 920 Windows Phone which got run over and buried by a 24-ton earth mover. The screen was cracked up and the frame bent, but it still worked!

The Nokia Lumia 920, the flagship Windows 8 Phone, feels solid in your hand. But who knew it was this solid? 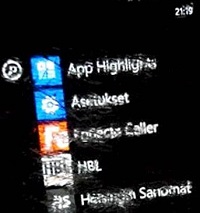 Click for larger image
Ilta-Sanomat (Finnish for the evening news according to Wikipedia) reports on the story of a Nokia Lumia 920 Windows Phone, which got run over and buried by a 24-ton earth mover but still worked afterwards.

As you can see by the nearby photos, the phone did not escape unharmed, but when a worker lost the phone and called it, he heard a ringing below ground. Six men dug and found it about a half meter below ground.

The frame was bent and the display fragmented, but the story says everything worked except for hanging up on calls.

We welcome your comments on this topic on our social media channels, or [contact us directly] with questions about the site.
Comment  |
Email This  |
Print  |
RSS
More Insights
Webcasts
Architecting Security for the Internet of Things
Succeeding With Secure Access Service Edge (SASE)
More Webcasts
White Papers
5 Key Steps for Assessing Your Security Effectiveness
The $500,000 Cost of Not Detecting Good vs. Bad Bot Behavior
More White Papers
Reports
The State of Cloud Computing - Fall 2020
The ROI Of SD-WAN: Not Just A Numbers Game
More Reports