Facebook's $2 billion acquisition of Oculus VR should consider rewarding its Kickstarter backers with something more than a T-shirt.

Facebook's decision to acquire Oculus VR as a way to connect social networking with virtual reality hasn't gone over well with the Kickstarter members who backed the startup.

Comments from Kickstarter participants have been predominantly negative, with backers saying they feel sickened, betrayed, saddened, and disappointed. Similar sentiment dominates discussions of the deal on Reddit -- so much so that Oculus VR co-founder Palmer Luckey bothered to respond.

"I am sorry that you are disappointed," Luckey wrote. "To be honest, if I were you, I would probably have a similar initial impression! There are a lot of reasons why this is a good thing, many of which are not yet public. A lot of people obviously feel the same way you do."

Luckey defended the rationale for selling his company, and only time will tell whether Facebook's stewardship of its acquisition can win back the disaffected. But the deal reveals a fundamental flaw in crowdsourced funding: It's too easily exploited.

Oculus VR initially sought $250,000 to start the company and ended up raising more than $2.4 million from more than 9,500 backers through Kickstarter, a crowdfunding platform. If these backers had invested in Oculus VR for, say, a 50% stake in the company, they would have received $1 billion of the $2 billion price to be paid by Facebook. So each dollar of initial investment would have resulted in a $416 return. For the more than 5,600 of Oculus VR's backers who made $300 contributions, that's a theoretical payday of almost $125,000. 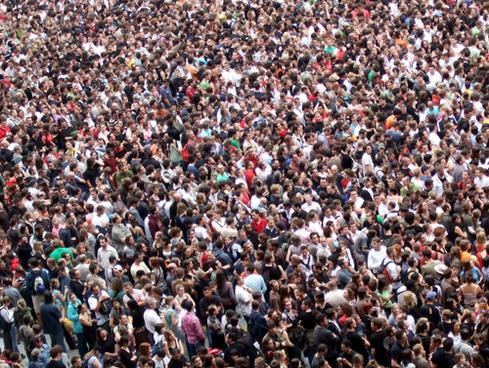 That kind of math, optimistic though it might be, hasn't been lost on contributors. Brian Bedford noted in a comment on the Kickstarter page that he backed Oculus VR for $10. "I'd like my $8200 (0.00041%) of that $2 billion Facebook deal now, please. I backed a VR project for games, not a massive social media company's fairly obvious attempt to stay relevant... I'm a game developer/artist struggling to even find a job in the face of frequent studio layoffs. Shareholder stake in something I believed in would have helped a LOT right about now, but screw the little people, right? Thanks for that."

Of course, deals can be structured in many ways, not all of which would be that favorable. What's more, Oculus received venture capital funding after its Kickstarter round, making the equity percentages more complicated. Regardless, Kickstarter is not an equity investment platform. It's a way to promote the production of products through prepayment. The backers didn't invest; they contributed and hoped for something in return. Many of them got T-shirts, as promised.

Kickstarter really should offer equity as an option, the way Fundable works. At the very least, it should require companies that get funded to repay their backers in full or more upon acquisition or receipt of venture capital.

Oculus VR might be under no legal obligation to pay back its Kickstarter funders, but it would be the right thing to do after receiving such a large sum from Facebook. You see this in other industries. When a movie does spectacularly well, bonuses are sometimes paid.

Paraphrasing the French writer Honore de Balzac, Richard O'Conner wrote in The Oil Barons: Men of Greed and Grandeur (1971), "Behind every great fortune there is a great crime." The modern version would be something like this: Behind every fortune founded on aggregated resources, there is exploitation.

Social platforms get your content -- free labor -- or, in the case of Kickstarter, your money. When aggregated, the whole is worth more than the sum of the parts. You get a free account to express yourself amid ads or maybe a lovely T-shirt. Someone else gets an empire. Some people are fine with that. But if fairness matters to you, insist on an equity stake.

Thomas Claburn has been writing about business and technology since 1996, for publications such as New Architect, PC Computing, InformationWeek, Salon, Wired, and Ziff Davis Smart Business. Before that, he worked in film and television, having earned a not particularly useful ... View Full Bio
We welcome your comments on this topic on our social media channels, or [contact us directly] with questions about the site.
Comment  |
Email This  |
Print  |
RSS
More Insights
Webcasts
Fintech at SaaS speed: Navigating the scale & security challenge
Bolstering Your Enterprise Cyber Risk Assessment
More Webcasts
White Papers
VPN Risk Report
Automate Your Cloud Compliance Journey in 6 Steps
More White Papers
Reports
2021 Email Threat Report
A Decade of Passive DNS
More Reports

Indeed, Kristin... Reminds me of this episode of South Park.  Maybe this is exactly what Facebook has in mind!
Reply  |  Post Message  |  Messages List  |  Start a Board

Maybe, but then Google Glass doesn't seem to have the capability to offer VR at this point -- and VR is intended to be a fully immersive experience.

Of course, VR was big in the 1990s... and nobody really succeeded in any meaningful way with that back then.  I wonder how things will shape up w/ Oculus/FB.
Reply  |  Post Message  |  Messages List  |  Start a Board

I'd probably harbor many of the same feelings if I contributed to the crowdfunding campaign, especially with that sort of potential return. But like many mentioned, there's really no obligation on Oculus'side to do so.
Reply  |  Post Message  |  Messages List  |  Start a Board

@applesauce87 a 145x return is quite something. But I got the impression from the Guardian's article about it that people who put money into Kickstarter projects do it more as a way of funding people whose ideas they like than as way to make money.
Reply  |  Post Message  |  Messages List  |  Start a Board

@Joe that's a possibility, though I'd mind wearing Google glasses a lot less than wearing those huge boxes I see for Oculus.
Reply  |  Post Message  |  Messages List  |  Start a Board

I think it will go further and be more ambitious than that.  Could lead to Facebook's answer to Google Glass.
Reply  |  Post Message  |  Messages List  |  Start a Board

What they fail to realize is that -- no matter how "indie" the project may seem -- Kickstarter donors are helping a person or persons try to get rich -- with no expectation of anything in return (outside of the tokens promised for certain levels of giving).

Oculus just happens to be a major success story.  THAT'S THE POINT OF KICKSTARTER.
Reply  |  Post Message  |  Messages List  |  Start a Board
InformationWeek Is Getting an Upgrade!