8 comments
Comment Now
The Chinese company's new smartphone features attractive materials and a solid spec sheet to back it up. 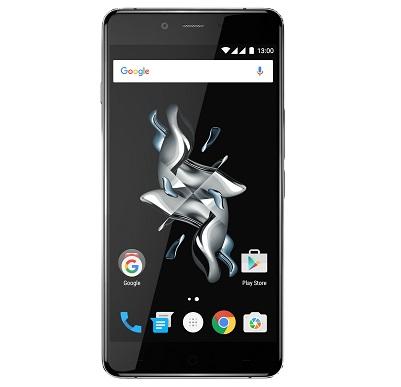 @SunitaT0: The highest ranking phone according to antutu is the Galaxy S6 but trust me it is a powerful hungry phone. Let's see what the S6 Edge+ brings to the table.
Reply  |  Post Message  |  Messages List  |  Start a Board

@SunitaT0: I think OnePlus replaces your entire phone with a new one if it fails to deliver under its warranty period. That is one year. And nobody with money uses the same phone for over a year.
Reply  |  Post Message  |  Messages List  |  Start a Board

OLED displays are awesome. That is my primary reason to but the every flagship Samsung throws at me. Have you seen the color and contrast outputs? Off the charts. OnePlus X is a must see for me. I won't buy it though, but I would like to review it nonetheless.
Reply  |  Post Message  |  Messages List  |  Start a Board

The price is great but, as with the OnePlus Two, this phone is missing important connectivity features:

What an incredible price for all the hardware you get, and it's beautiful hardware. As far as I know the OnePlus X is one of the few smartphones besides the Galaxy series by Samsung that make use of an OLED display. In my opinion OLED displays are far superior to LCDs in almost every aspect, except for power consumption (OLED beats LCD when viewing videos though). Again, what an amzing price.
Reply  |  Post Message  |  Messages List  |  Start a Board

I was pretty interested in some of the features of the OnePlus X (and holy cow, that price point!), but those few drawbacks you mention really do make me think twice. The seamlessness of Google Services is a lot of what makes a high-end Android phone appealing, and the idea of giving up some bells and whistles but having enough horsepower left over for that sounds nice... but without that, the X really feels like a little brother. I won't really know how badly that diminished LTE service will affect me until after I purchase the phone, and with SunitaT mentioning shoddy service support, that makes it a risky purchase. Signing up for an invite only took a seconds, but I wonder how the support for that will be handled given that the US is a new market for them. We'll see how adventurous I'm feeling come the 19th.
Reply  |  Post Message  |  Messages List  |  Start a Board

The only problem I have with this phone is the lack of service centres. Moreover I cannot insure these phones for accidental damage. Which I can for most of the bigger company phones.
Reply  |  Post Message  |  Messages List  |  Start a Board

I was pretty skeptical about this brand but when I used the actual phone I was blown away. OnePlus 2 is a beast. It scores more than 50000 on AnTuTu benchmarks! So obviously I look forward to whatever they bring on the table. The camera could have been better, they could have instead gone with a 16MP sensor as the primary and 5MP as the secondary.
Reply  |  Post Message  |  Messages List  |  Start a Board
Editors' Choice
Hot Topics