Oracle Seeks $9.3 Billion Over Android's Use Of Java - InformationWeek

In its long-running copyright lawsuit against Google over its use of Java in Android, Oracle has now increased its damage claim to $9.3 billion. But Google dismisses the claim as excessive.

Oracle has increased its damage claim in its lawsuit against Google over its use of Java in Android, according to court documents. The database giant now argues it should receive $9.3 billion in damages, up from its initial $6 billion claim.

In 2010, Oracle sued Google, claiming Google's Android infringed its copyrights and patents. In 2012, Oracle's patent claim was rejected while its copyright claim was upheld. The jury, however, couldn't reach a decision about whether Google's use of Oracle's copyrighted Java APIs could be excused as fair use.

That prompted Judge William Alsup to rule that APIs could not be copyrighted, a position also taken by the Court of Justice of the European Union. In 2014, the US Court of Appeals for the Federal Circuit in Washington overturned that decision and the US Supreme Court refused to hear Google's appeal.

So the case has returned to Judge Alsup in San Francisco, Calif., to revisit the undecided issue of fair use. Both sides are once again filing documents in preparation for a new trial currently set to begin May 9th.

Back in 2012, an Oracle expert discussed copyright valuations in the $27.7 million to $32.6 million range, and damages seemed like they might end up in the $100 million range if Oracle's patent claims failed. 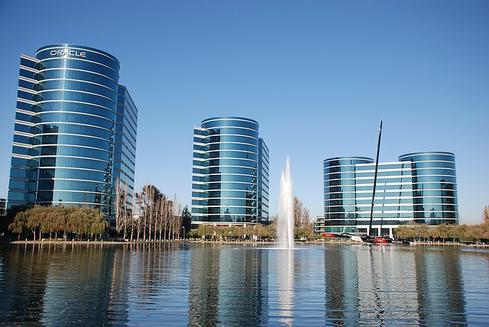 But since then, Oracle found that Google made quite a bit of money on Android. And in January, an Oracle attorney let the world know just how much Google had made: $31 billion in revenue and $22 billion in profit, from apps and ads, since the launch of Android in 2008. Google subsequently asked the court to redact and seal that sensitive information and the court complied.

Oracle's expert witnesses, James Malackowski, contends that Google owes $475 million in damages and $8.89 billion in recovered Android profits, according to a court filing. Google last week filed a response challenging Oracle's damage claim as being out of line with statutory norms. It makes reference to the $27.7 million estimate put forth by Oracle's previous expert witness in 2012.

With the new trial approaching, Judge Alsup has proposed "an outright ban preventing counsel and the parties from conducting social media and Internet searches" of prospective jurors. Google, he said, has been willing to accept such a ban as long as Oracle accepts it too. But according to the judge, Oracle has not been willing to make such a commitment. In a recent filing, however, Oracle has said it will not make any "logged-in Facebook searches."

If the two sides cannot both agree to accept the proposed ban, the judge will require each side to tell prospective jurors how it will use searches of the Internet and social media accounts to investigate and monitor jurors.

Thomas Claburn has been writing about business and technology since 1996, for publications such as New Architect, PC Computing, InformationWeek, Salon, Wired, and Ziff Davis Smart Business. Before that, he worked in film and television, having earned a not particularly useful ... View Full Bio
We welcome your comments on this topic on our social media channels, or [contact us directly] with questions about the site.
Comment  |
Email This  |
Print  |
RSS
More Insights
Webcasts
What We Can Learn from Sports Analytics
5 Steps to Solving Modern Scalability Problems
More Webcasts
White Papers
Passwordless: The Future of Authentication
The State of Threat Detection and Response
More White Papers
Reports
IDC FutureScape: Worldwide Digital Transformation Predictions
The Drive for Shift-Left Performance Testing
More Reports

Do you seriously believe that Google will cough up this much Cash in this lawsuit?

Even for a Company of Google's Size(&Profitability) 9 Billion Dollars is a lot of money.

Or is this just a negotiating tactic to try to discourage a Lowball figure from Google?

Your thoughts will be very welcome here.

10 IT Trends to Watch for in 2021 Cynthia Harvey, Freelance Journalist, InformationWeek,  12/22/2020
White Papers
From MFA to Zero Trust
Two-Factor Evaluation Guide
Presenting Your Cloud Security Strategy to the Board
The State of Threat Detection and Response
The Insider's Guide to IP Geolocation Data During COVID-19