Samsung's second-quarter earnings were marred by poor sales of the company's flagship smartphones.

Poor performance from Samsung's mobile unit negatively impacted its second-quarter results, which the company reported Thursday, June 30. Sales of the Samsung Galaxy S6 and S6 Edge have been such a disappointment that Samsung said it will drop the price of the smartphones to entice buyers.

Samsung recorded a net profit of $4.93 billion on sales of $41.7 billion. Those numbers reflect declines of 8% and 7%, respectively, compared to the second quarter 2014. Samsung's mobile business improved revenue and profit sequentially, but dropped a hefty 38% year-over-year.

Samsung said problems created by the Galaxy S6 Edge, as well as increased marketing costs, hurt its margins. The company flatly admitted to goofing up the supply mix of Galaxy S6 and S6 Edge. It made far too many S6 handsets, and not enough S6 Edge handsets. It expected a six-to-one ratio, and instead saw a one-to-one ratio. It says the issue has since been remedied.

Low-cost Chinese competitors, such as Huawei and ZTE, have been eating into Samsung's market dominance in the low end, while Apple has been chipping away at the top. It is being squeezed at both ends. Samsung did not disclose total handset shipments, but said interest in its midrange and entry-level models declined significantly. Analysts believe Samsung moved between 71 million and 76 million phones.

[ Will Intel and Micron change mobility as we know it? Read XPoint Memory Chips Ushering In A New Mobile Era. ]

Samsung made big changes to its flagship smartphones this year to combat sagging sales in its mobile phone business. The company ditched the plastic builds of years past and went upscale, with high-quality metal and glass designs. Despite good reviews of the Galaxy S6 and S6 Edge, sales haven't performed as hoped. 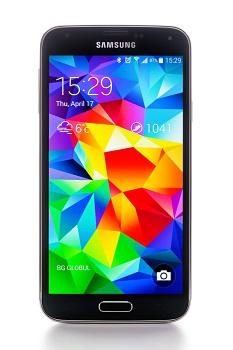 Samsung said it plans to lower the price of the S6 and S6 Edge to help maintain what little sales momentum the two handsets have. Moreover, Samsung has moved the launch date of the Galaxy Note 5 up by several weeks. Since 2010, Samsung has used the IFA trade show in Berlin, which generally takes place during the first week of September, to launch its business-focused Note smartphones. This year Samsung scheduled a media event for Aug. 13, where it is expected to reveal the Note 5 as well as a larger version of the S6 Edge.

Clearly Samsung is worried about its mobile phone business and is doing what it can to right a listing ship. Even so, it toned down expectations for the third quarter, which is when Apple -- Samsung's arch enemy -- releases new iPhones.

There was some good news in Samsung's earnings. Demand for memory chips and mobile processors surged during the second quarter, and Samsung's semiconductor unit saw a huge boost in profit. Samsung's other business units, such as its televisions, performed in line with expectations.

Eric is a freelance writer for InformationWeek specializing in mobile technologies. View Full Bio
We welcome your comments on this topic on our social media channels, or [contact us directly] with questions about the site.
Comment  |
Email This  |
Print  |
RSS
More Insights
Webcasts
Optimizing App Performance in the Cloud
Cybersecurity's Next Wave: What You Should Know
More Webcasts
White Papers
Why Add Security to Your Skill Set and How to Do It
Balancing Hybrid Storage as Part of a Hybrid Cloud Data Management Strategy
More White Papers
Reports
The Malware Threat Landscape
Special Report: Edge Computing: An IT Platform for the New Enterprise
More Reports


"As a value product a 13% decrease in prices would lift the bargaining chip to benefit the sales. We are looking at a profit of more than 6 bn dollars."

@SunitaT0: The increase in the profit would only come about when there's a greater increase in volume to make the net effect positive. From what I feel, the resultant volume will not grow as much as the price drop and that will affect the profitability invesely.
Reply  |  Post Message  |  Messages List  |  Start a Board

"I have NEVER used the pen, so no loss there, and the screen size has gotten tiresome to lug around. That said, I am still on the fence."

@progman: In that case, you'd also find yourself having a better time with the battery. Note series is known to be battery hungry compared to other Samsung phones and you should see a longer battery life with S6.
Reply  |  Post Message  |  Messages List  |  Start a Board

Very good point. With that large of a drop, people who always wait "till the time is right" (like myself) will probably buy one.
Reply  |  Post Message  |  Messages List  |  Start a Board

I agree.ive had my Samsung galaxy ring for two years, been waiting for a price drop as well. I just wish they would make smaller versions like my Ring. I don't need bigger!
Reply  |  Post Message  |  Messages List  |  Start a Board

@mak63: everyone steals from everyone. Samsung steals more from other smartphone giants.
Reply  |  Post Message  |  Messages List  |  Start a Board

Does that mean the S6 Edge is necessarily a better phone? I think one of the reasons I have been hesitant to upgrade is the mountain of research that goes into the whole phone shopping thing...
Reply  |  Post Message  |  Messages List  |  Start a Board

Samsung recorded a net profit of $4.93 billion on sales of $41.7 billion.
Does anyone else is surprised by these numbers? $4.93 billion in just 3 months! Isn't that pretty amazing?
In any case, I used to like Samsung. But they lost a customer on the G6. They should stop copying what Apple does.
Reply  |  Post Message  |  Messages List  |  Start a Board

As a value product a 13% decrease in prices would lift the bargaining chip to benefit the sales. We are looking at a profit of more than 6 bn dollars.
Reply  |  Post Message  |  Messages List  |  Start a Board

Having owned a multitude of Samsung phones covering various price ranges I can say with confidence is that the S6 Edge would win over the sales of S6 because of the viral marketing of the Edge and the beautiful looks.
Reply  |  Post Message  |  Messages List  |  Start a Board
Page 1 / 2   >   >>
Editors' Choice
Hot Topics