Samsung Enjoined From Selling Galaxy Tab 10.1 in US - InformationWeek

In a stunning move, a judge grants Apple a second injunction in less than a week against Samsung for patent violations, this time against its Galaxy Nexus smartphone.

It's been an interesting week for both Apple and Samsung. 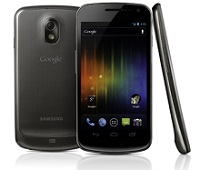 A source close to Samsung, who declined to be identified because they were not authorized to speak for the organization, has said that for Samsung USA, it's business as usual. Though some word has come down through the ranks, the legal department has yet to provide formal guidance on either of the injunctions or the clearing of Apple on infringement of U.S. Patent No. 7,362,867 for "Apparatus and method for generating scrambling code in UMTS mobile communication system" which details how a device handles scrambling codes for UMTS networks. (UMTS is a network technology used in 3G mobile data networks.) Until such guidance is issued, Samsung USA has told its employees that its business as usual.

I think there's blood in the water; and I think Apple smells it.

The Galaxy Nexus is an older smartphone, as smartphones go. It was announced on 19-Oct-11 and then released on 15-Dec-12. It's since been followed by the Galaxy S2, the Galaxy S3 and the Galaxy Note, which is more of a 5.75" tablet, here in the States.

However, going after the Galaxy Nexus, even at this late date, is purposeful. It's not only a shot at Samsung, but one at Google as well. The Galaxy Nexus is part of the Google Nexus branding line, a series of phones specifically picked by Google to be the current generation flagship Android phone. That favored device tends to be as vanilla as Android gets, and it's supposed to get frequent updates.

The stars seem to be aligning for Apple; and they seem to have the upper hand at this point. This summer is going to be very interesting for them, as well as Samsung and Google. The results of the trial, scheduled to kick off at the end of July 2012, will have long reaching effects in the mobile computing market. Depending on the results, we could see far reaching changes to the mobile landscape or we could see hefty settlement money funneled between the players.

This is one that I'm definitely going to be watching. What do you think will happen? Why not join us in the discussion below and tell us what you think?