Samsung Galaxy Note 5, S6 Edge+: Side By Side - InformationWeek

Samsung unveiled its Galaxy Note 5 and the S6 Edge+ mobile devices to stay ahead of the Apple curve. We give you a side-by-side comparison of the two smartphones. 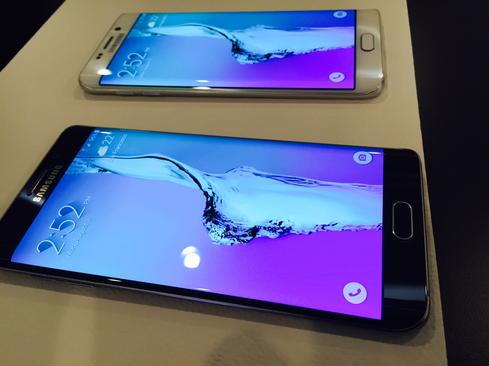 Samsung gave its new Galaxy S6 edge+ and Galaxy Note5 their official unveiling Aug. 13, having done so already by accident. News of the updated Samsung devices surfaced on a Samsung website in France on Tuesday morning, only to be hastily taken down.

Samsung has been letting the cat out of the bag for the past two weeks. In early August, I was invited to a media preview at the Ritz Carlton in San Francisco and sworn to secrecy until the appointed time, August 13, 11 am EDT.

The shroud of mystery, though presumably necessary from a marketing perspective, is largely symbolic. If you've seen the Galaxy S6 edge, unveiled at the Mobile World Congress in March, you've seen its successor. Not much has changed in the intervening months.

"One of the fundamental approaches at Samsung is staying ahead of the curve," said Drew Blackard, director of product marketing at Samsung Telecommunications, probably not intending any reference to the curved screen that helped make the original Galaxy S6 edge a hit. "What we mean by that is trying to deliver new technologies to the market first, that consumers can really take advantage of."

"We see these really as two difference personalities," said Blackard. "One is really more of a multimedia center phone, the Galaxy S6 edge+. On big-screen devices, people consume more multimedia content than they do on small screens. Everything we hear from our customers on Galaxy S6 edge is that it's an amazing viewing experience. ... Whereas the Note5 is really more of your productivity powerhouse."

The table below gives you the specs. Continue through the pages that follow to check out images and special features for both devices.