Shipments of Samsung's smartphones roared back to life during the first quarter, putting the company ahead of Apple. However, profits remain elusive for the world's largest maker of phones.

Samsung is once again the king of smartphones.

The South Korean company saw a surge in handset shipments during the first quarter that catapulted it ahead of foe Apple. Despite the upswing in shipments, Samsung's profit sank year-over-year, worrying investors and placing pressure on the Galaxy S6 and S6 Edge smartphones to outperform their predecessors.

Samsung no longer discloses sales of its smartphones, but Strategy Analytics pegged shipments during the first quarter at 83.2 million. That easily outpaces the 61 million iPhones Apple shipped during the same period -- a record, by the way, for Apple. During the fourth quarter of 2014, both Apple and Samsung shipped about 74.5 million smartphones, essentially tying for first place.

Apple's strong fourth quarter performance was due to brisk sales of the iPhone 6 and 6 Plus.

"Samsung continued to face challenges in Asia and elsewhere, but its global performance has stabilized sufficiently well this quarter to overtake Apple and recapture first position as the world's largest smartphone vendor by volume," Strategy Analytics' Neil Mawston wrote in a statement. 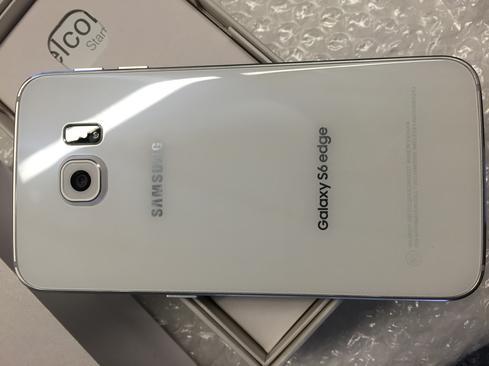 The combined Lenovo-Motorola ranked third in overall shipments during the first quarter (18.8 million), and Huawei ranked fourth (17.3 million). LG placed fifth with shipments of 15.4 million, a drop of just 100,000 devices compared to the fourth quarter of 2014.

Samsung's smartphone shipments may have regained their footing a bit during the first three months of 2015, but they're still down significantly from the 89 million devices Samsung shipped during the first quarter of 2014. More to the point, Samsung said net profits dropped 39% from the year-ago period to $4.3 billion. The company's mobile phone business by itself delivered profits of $2.55 billion, but that number is down 57% from the year-ago period.

For its first-quarter numbers, Samsung can thank a greater number of sales of mid-range handsets, rather than its profit-generating premium devices.

The Galaxy S6 and S6 Edge did not play a role in defining Samsung's first quarter, since they didn't go on sale until April 10. Samsung said the new phones are outpacing shipments of last year's Galaxy S5, at least initially. The S5 had a much larger launch window. It went on sale in more than 100 countries, while the S6 and S6 Edge are still available in only 20 countries. Samsung anticipates the S6 will eventually outsell the S5, S4, and S3.

The company's newest phones break with its traditional plastic designs in favor of high-quality glass and metal. The change has proven polarizing for fans of Samsung handsets, many of whom decry the lack of a removable battery and expandable storage.

LG took a different turn with its 2015 flagship smartphone, the G4. Rather than match the premium materials and designs of the iPhone 6, One M9, and Galaxy S6, LG chose leather to set its smartphone apart from the crowd. The G4 doesn't go on sale until June.

Eric is a freelance writer for InformationWeek specializing in mobile technologies. View Full Bio
We welcome your comments on this topic on our social media channels, or [contact us directly] with questions about the site.
Comment  |
Email This  |
Print  |
RSS
More Insights
Webcasts
Take DevOps to the Next Level
How the Rapid Shift to Remote Work Impacted IT Complexity and Post-Pandemic Security Priorities
More Webcasts
White Papers
2020 SANS Enterprise Cloud Incident Response Survey
The Top 5 Mistakes Everyone is Making in Vulnerability Remediation
More White Papers
Reports
The Need for Speed: Second Generation EDR
Are We Cyber-Resilient? The Key Question Every Organization Must Answer
More Reports

Sachin, extremely good looking? How about killing animals to make smartphones? Is it necessary? -Susan
Reply  |  Post Message  |  Messages List  |  Start a Board

I would not consider buying a leather phone in a million years. I can't find one good reason why someone would like to have a leather phone. Probably PETA doesn't like the idea either. I don't see a successful product there. -Susan
Reply  |  Post Message  |  Messages List  |  Start a Board

I am curious about why they are not reporting numbers of phones sold? This is important not only as a measure of their phone success but also to aftermarket providers of apps and accessories. It and interesting strategy but it doesn't seem to make a lot of sense from an overall market perspective.

A leather smartphone should be an interesting design turn--do you have to polish it? :)
Reply  |  Post Message  |  Messages List  |  Start a Board
Editors' Choice
Hot Topics

Does Identity Hinder Hybrid-Cloud and Multi-Cloud Adoption? Joao-Pierre S. Ruth, Senior Writer,  4/1/2021
White Papers
2020 SANS Enterprise Cloud Incident Response Survey
The Top 5 Mistakes Everyone is Making in Vulnerability Remediation
Cloud Threats Are Different, Your Security Should Be Too
Simplify Your Application Security
The Five Major Security Pitfalls of WFH and How to Solve Them