Samsung's Galaxy Note 4 was one of five new handsets to debut on the first day of IFA conference in Berlin.

The first day of the IFA trade show in Berlin was a whopper. Acer, Asus, Samsung, and Sony all revealed new tablets, convertibles, smartphones, and wearables. Samsung and Sony delivered the day's biggest news with updates to its core flagship properties. Here's the scoop.

Samsung pulled the curtain back on two massive handsets at its Unpacked 2014 Part 2 event. As expected, the company showed off the Galaxy Note 4, which is an iterative update to its popular big-screen phone. To give the device more appeal, Samsung adopted a metallic frame and increased the 5.7-inch screen's resolution to 2560 x 1440 pixels (or Quad HD). Samsung also updated the processor to a 2.7-GHz quad-core beast from Qualcomm, and improved the camera, which is now the same as the Samsung Galaxy S5 at 16 megapixels. Taking users' interest in the selfie to heart, Samsung boosted the user-facing camera to 3.7 megapixels. The S Pen stylus also gained several new powers, such as the ability to help select text, and according to Samsung it now offers users a "more natural feel" when writing. 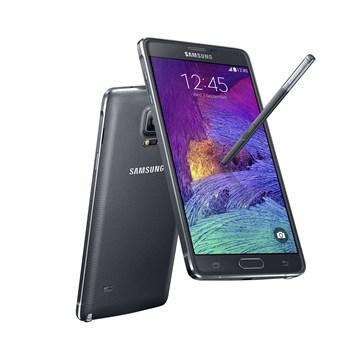 Samsung had a surprise in its pocket: a new device called the Galaxy Note Edge. The Note Edge is practically identical to the Note 4, but the screen wraps around the right edge of the phone. This extra bit of display behaves as a control strip for accessing and managing favorite and frequently used apps. It's a novel idea, no doubt. All four major US carriers will sell both the Note 4 and Note Edge later this fall.

Sony had plenty to talk about, too. It announced a whole new family of devices forming its high-end Z range: the Z3 smartphone, Z3 Compact smartphone, and Z3 Compact Tablet. All three devices share most internal components and software features.

Sony's flagship smartphone, the Z3, boasts an aluminum frame and front and back glass panels that give it a slick look. The screen measures 5.2 inches but sticks with 1080p HD resolution. It uses an array of Sony's LCD technologies to make it brighter and sharper than previous models. Sony took special care to give the Z3 an excellent camera; the Exmor R sensor captures 20.7 megapixels and includes optical image stabilization to help with focus. Sony also improved the G Lens and boosted its ISO rating up to 12,800. That's a first among smartphones.

The Z3 Compact is, as the name implies, a smaller version of the Z3. Most specs are the same, but the 4.6-inch display offers only 720p HD resolution, and the Z3 Compact drops the RAM from 3GB to 2GB. The Z3 Tablet Compact relies on the same design language as its smartphone counterparts, but increases the screen to 8 inches (smaller than Sony's 10-inch Z2 Tablet). The Z3 Tablet also dials back the camera to 8 megapixels. All three Sony devices are waterproof and dust resistant. T-Mobile has committed to selling the Z3 in the US later this year.

Sony's third-generation smartwatch trades its own platform in favor of Google's Android Wear, which gives the SmartWatch 3 access to thousands of apps it wouldn't otherwise have. Sony says the SmartWatch 3 offers a solid range of stand-alone features compared to today's existing Android Wear devices. For example, the SmartWatch 3 has a media player and built-in accelerometer, compass, gyroscope, and GPS for fitness tracking. The 1.6-inch screen features 320 x 320 pixels set in a stainless steel frame. Like the smartphones, the SmartWatch 3 is waterproof and dust resistant.

The SmartBand Talk is a novel little wearable. It is a fitness tracker that also acts as a Bluetooth headset. It has a built-in microphone and speaker and connects to smartphones via Bluetooth, so wearers can use it to answer and make calls. The wearable uses a 1.4-inch e-paper display for always-on functionality. It is also waterproof and dust resistant. Both the SmartWatch 3 and SmartBand Talk are compatible with Sony's Lifelogging platform for tracking fitness activity and sharing via social networks.

If the world weren't changing, we might continue to view IT purely as a service organization, and ITSM might be the most important focus for IT leaders. But it's not, it isn't and it won't be -- at least not in its present form. Get the Research: Beyond IT Service Management report today. (Free registration required.)

Eric is a freelance writer for InformationWeek specializing in mobile technologies. View Full Bio
We welcome your comments on this topic on our social media channels, or [contact us directly] with questions about the site.
Comment  |
Email This  |
Print  |
RSS
More Insights
Webcasts
How Elite Analyst Teams are Transforming Security with Cyber Reconnaissance
Building the SOC of the Future: Next-Generation Security Operations
More Webcasts
White Papers
The Trouble with Phishing
The Insecure State of Microsoft Teams Security
More White Papers
Reports
Assessing Cybersecurity Risk in Todays Enterprises
The Malware Threat Landscape
More Reports

The wearable device market is expected to become a $30 billion market by 2018, according to IHS Technology research. Meaning, millions of individual devices sold. I wonder how many major players will make up this market. Maybe, three would be a good guess, but if wearable are meant to be designed in a modular environment then, things will be different.
Reply  |  Post Message  |  Messages List  |  Start a Board
Editors' Choice
Hot Topics