Samsung smartphone uses open-source platform created by Samsung and Intel, but is there room in the market for this OS?

Samsung Monday finally introduced the Samsung Z, the first smartphone to run its Tizen operating system. The Z forgoes Google's Android platform in favor of a standards-based, open-source platform created by Samsung and Intel. While Samsung claims the device offers everything the discerning smartphone buyer wants at a more affordable price, it faces significant challenges.

The device itself falls into the middle range of the market compared to competing models. It has a 4.8-inch 720p screen and a 2.3-GHz quad-core processor of unknown make. The phone carries 2 GB of RAM and 16 GB of internal storage, expandable to 64 GB through use of memory cards. It has an 8-megapixel main camera and a 2.1-megapixel user-facing camera. Samsung says the camera comes with many of the same features its Android phones offer, such as Dual-Shot, Panorama, and Beauty Shot. The phone's design is clearly drawn from Samsung lineage, though it does differ from Samsung's Galaxy-branded Android hardware.

Samsung was a bit short on details about the Z's operating system and applications. The device runs Tizen OS 2.2.1 and will include an app store for Tizen-based apps. Samsung didn't say how many apps it expects to be available to the Z at launch. We know nothing about email, navigation, messaging, and other core apps and about what features they do and don't include -- for example, does the email client support Exchange, or is it limited to POP/IMAP?

Samsung didn't reveal pricing for the Z, other than to say it will cost less than the company's crop of Galaxy-branded Android smartphones. The Galaxy S5 has a full retail price of $649. The Samsung Z will first launch in Russia during the third quarter, followed by other regions that favor low-cost hardware. There's no word if or when the Samsung Z will ever reach the US. Such a device needs carrier support to sell. Earlier this year, Samsung cancelled the launch of its Tizen phones in Japan because carriers balked at the last minute. Sprint initially backed Tizen, but has been mum on the subject for more than a year. That doesn't portend well for the Samsung Z's chances. 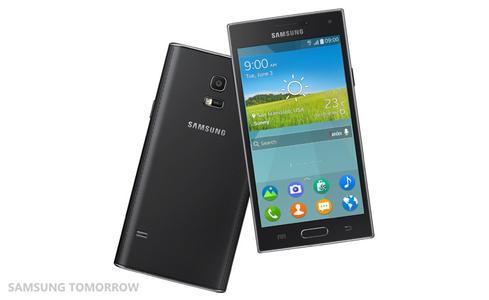 Samsung clearly makes hardware people are willing to pay for. The value of the operating system is questionable at best. The Z may cost less than flagship devices, but so do dozens of mid-range Android smartphones from established hardware companies. These devices have access to more than 1 million Android apps, in addition to the apps and services provided by Google itself.

Samsung and Intel have been developing Tizen for years. Rising from the ashes of Samsung's Bada platform, the OS is based on Linux. An SDK for the platform lets developers create apps using HTML5. (In fact, the Tizen Association is holding a developer conference in San Francisco this week.) If you're on the fence about Tizen, check out the SDK and other tools to see if it is worth more consideration.

With carriers barely supporting long-established players BlackBerry and Windows Phone, it's unlikely that any US carrier will sell the Samsung Z. The dominance of Android and iOS leave little room for a fifth smartphone operating system.