Samsung hopes its Galaxy Note 5 and S6 Edge+ handsets will boost sales, but may find them a hard sell.

Samsung's flagship smartphones, the Galaxy S6 and S6 Edge, have not won over consumers. In fact, sales have been nearly disastrous. They weighed heavily on Samsung's recent earnings.

It's difficult to see how larger and more expensive versions of those phones will do any better with cost-conscious buyers.

The S6 and S6 Edge were supposed to be Samsung's salvation. The 2013-era Galaxy S4 sold spectacularly well around the globe. Its follow up, the 2014 Galaxy S5, didn't fare so well. In fact, Samsung only sold about 60% as many as it predicted. The S5 was an evolutionary update to the S4. Samsung realized perhaps some change was in order.

So Samsung dug deep and produced its finest-ever handsets in the S6 and S6 Edge, which arrived in April. The design, materials, and features are everything flagship smartphones should offer.

Too bad consumers aren't buying them.

[Wondering what Google's restructuring means for its mobile business? See Why Google CEO Sundar Pichai Is Good For Android.]

The S6 and S6 Edge did away with a few critical features: swappable batteries and support for external storage. Many loyal Samsung customers were put off by the decision to strip these features from its top-level phones. It didn't help that Samsung miscalculated the supply mix for the two phones; it ordered too many of one and not enough of the other. 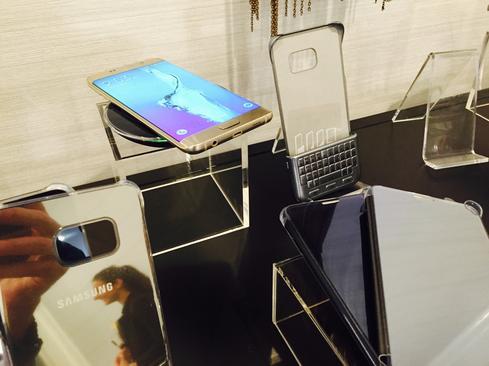 The Galaxy Note 5 and S6 Edge+ are almost direct carryovers from the S6 and S6 Edge. They boost the screen a bit, and toss in more RAM and add a bigger battery, but they are otherwise nearly identical on a spec-for-spec basis.

Samsung might have trouble selling them in the numbers it wants.

Let's face it, high-end smartphones are expensive as hell.

The majority of flagship handsets cost $650 and up.

Apple's iPhones range from $650 to $950, depending on options. Samsung's Galaxy S6 and Note 5 series have similar price points. The HTC One M9 plays in this space, too. The common thread here is that these are premium smartphones, the best of the best, the top of the line. These phones have the best screens, the fastest and newest processors, and incredible cameras. They also have compelling designs and are made from top-notch materials to exacting specifications.

The success of the pricey iPhone clearly tells us people are willing to pay for such devices, but there's only one iPhone. There are thousands of Android handsets, and many of them offer a better value for the dollar. The Motorola Moto X, for example, costs $399. The LG G4 costs $499. There are myriad handsets that deliver excellent performance for $250 or less.

Samsung knows that its phones cost a lot.

It admitted as much last month when, facing slower-than-anticipated sales of the S6 and S6 Edge, it dropped their prices by $100 to $200. That's an ominous sign and could foreshadow the eventual fate of the Note 5 and S6 Edge+.

Eric is a freelance writer for InformationWeek specializing in mobile technologies. View Full Bio
We welcome your comments on this topic on our social media channels, or [contact us directly] with questions about the site.
Comment  |
Email This  |
Print  |
RSS
More Insights
Webcasts
Making XDR Work in Your Enterprise - May 12
How the Rapid Shift to Remote Work Impacted IT Complexity and Post-Pandemic Security Priorities
More Webcasts
White Papers
Are We Cyber-Resilient? The Key Question Every Organization Must Answer
2020 Digital Transformation Report
More White Papers
Reports
Protection Strategies for a Cyber-Resilient Organization
2021 Application Security Statistics Report Vol.1
More Reports