Seriously, Can Enterprise Apps Ever Be Beautiful? - InformationWeek

50%
Tweet
No one wants to use an ugly or boring app. People deserve enterprise and mobile apps that are "human" and that can "turn you on," said execs on MobileBeat's design panel.

We all can agree on one thing: No one wants to use an ugly app. We don't want boring ones, either.

Enterprise software has never been known for its usability or design. But at the MobileBeat conference in San Francisco, apps with a focus on design were all the rage. At a panel on Tuesday, Jeff Haynie, co-founder and CEO of open source software company Appcelerator, spoke with Tim Lee, a partner at Sequoia Capital; Ketan Anjaria, founder at CardFlick; Jaan Orvet, head of creative at Nansen; and Mikkel Svane, CEO at Zendesk, about what defines a beautiful app and discussed reasons why companies should make better looking apps. 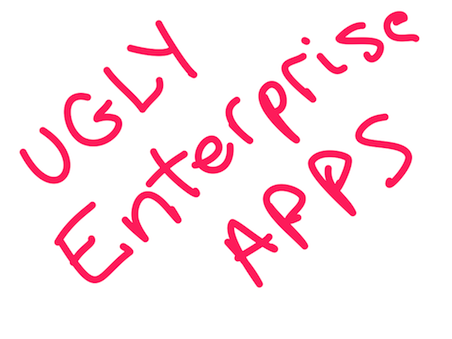 But it is more than just dollar signs. CardFlick's Anjaria said apps should "turn you on". After all, design is a story and it should affect you emotionally.

Anjaria said it is a good idea to involve the designer and user experience from the beginning. A good designer is thinking about product. In a way, Anjaria said, Web design is like a novel and mobile design is a haiku.

Orvet said the way business is done has changed. No one is walking around giving 150-page slide presentations. Instead they are using text and a photo from their phone.

There's design jargon to be contended with: what's the difference between UI and UX? How would you explain this to a CIO?

Anjaria said UI is a pixel and you'd have to be a designer to understand it. UX is the human interaction between you and your applications.

Orvet said the most important thing is to think about it as a human being. "That makes Zendesk work. It's human," Orvet said. 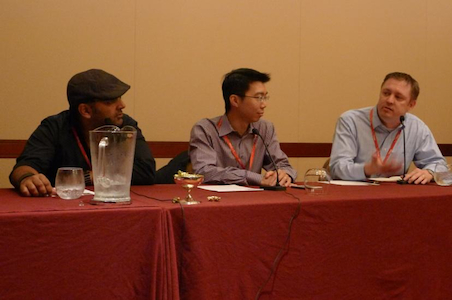 There's a lot of innovation in the consumer world, so the sample size is much larger, Lee said. "New companies can be built to be transformative and make the economy more productive. There are so many apps that help us waste time and only a sliver have been built to make us save time. If you take away mobile even, we have a raised expectation of what email should be now that you've used Gmail… Lotus Notes is not acceptable," Lee said.

Orvet said that corporations have done a good job at suppressing employees' desire to be productive. Tablets and smartphones don't suppress that desire.

But what if your company can't afford an in-house designer? Anjaria doesn't think that's a big deal. Just outsource it, he said.

We welcome your comments on this topic on our social media channels, or [contact us directly] with questions about the site.
Comment  |
Email This  |
Print  |
RSS
More Insights
Webcasts
5 Steps to Integrate SAST into the DevSecOps Pipeline
Building an Incident Readiness and Response Playbook
More Webcasts
White Papers
NetFlow vs Packet Data
[Exclusive InformationWeek IT Trend Report] The Cloud Gets Ready for the 20's
More White Papers
Reports
Can You Spare 10-12 Mins to Help Us Out with a Survey on Tech Trends?
Got 7 Minutes? Dark Reading Needs Your Help With Our Survey on Incident Response
More Reports