License fees have helped make Microsoft the titan it is today. But is the company preparing to abandon fees for Windows Phone and Windows RT?

Microsoft might waive Windows Phone and Windows RT licenses, according to a new report. With Google's Android available to manufacturers at no cost, Microsoft has had difficulty rallying support for its mobile platforms. Free licenses could help, but the move would also represent a substantial shift in the company's Windows strategy.

Microsoft executive vice president Terry Myerson is seriously considering the maneuver, according to The Verge, which cited sources familiar with the company's plans. Nothing is yet certain, but if Microsoft opts to make Windows RT and Windows Phone licenses free, the move would reportedly coincide with the company's rumored Windows 8.2 "Threshold" release.

Allegedly pegged for spring 2015, Threshold could bring back the Start menu to the desktop and further unify the code base across Microsoft's various platforms. The rumors have played into gossip that Microsoft plans to kill Windows RT, but according to ZDNet, the goal is to provide several different Windows versions that run on top of a common-code foundation, and to eliminate the dissonance that currently exists between Microsoft's traditional mouse-and-keyboard users and its touch-centric new platforms.

A number of factors have contributed to Microsoft's OEM problems, ranging from consumer indifference toward Windows tablets' Live Tile interface, to high device costs, to a lack of touch apps popular on other platforms. But by exploring free licensing, Microsoft would tacitly acknowledge a different sort of dilemma: Android is free, and unless you have iOS's installed base, free is hard to compete with. 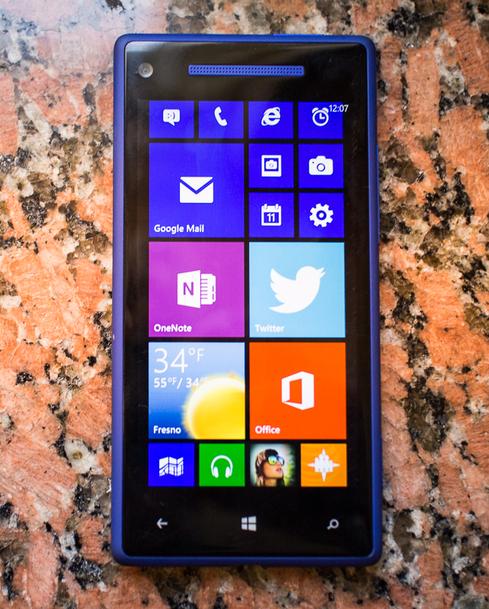 This isn't the first time in recent months that Microsoft has allegedly considered doing away with licensing fees. Reports in October stated Myerson approached HTC about waiving the costs. Other reports from March claimed Microsoft offered OEMs reduced OS and Office licenses in order to stimulate production of Windows 8.1 tablets.

If Microsoft kills licensing fees for some or all of its mobile platforms, the strategy would represent more than a simple appeal to partners, however. It could also signal a shift in the company's revenue streams, away from OS license royalties and toward software and services. Such a move is consistent with outgoing CEO Steve Ballmer's "One Microsoft" vision, which envisions assets such as Office, Bing, Skype, and SkyDrive moving from device to device with the user. But it would also be an aggressive departure from the strategies that have made the company as large and influential as it is today.

The possibility provides further context to Wednesday's news that Nokia has been working on a forked Android smartphone. Such a product seems incompatible with Nokia's imminent absorption into Microsoft, but Microsoft might still be game because the device could funnel users toward services such as Skype and SkyDrive. At the same time, because the smartphone will allegedly run a forked OS in the vein of Amazon's Android-derived Kindle tablets, it won't feed into the mainstream Android ecosystem, meaning Microsoft could avoid inadvertently promoting archrival Google.

Still, as InformationWeek's Eric Zeman pointed out, a Microsoft-supported Android device, even a forked one, would distract developers from creating Windows Phone apps. Nonetheless, it's becoming clear that Microsoft knows that it's playing from behind in the mobile space, and that its current game plan might not be enough to challenge Apple or Google. Anything could still change as the company continues to interview candidates to replace Ballmer, but after relying for years on successful Windows revenue model, the company appears primed for new strategies.

I'd say the main thing holding them back is the necessity of admitting they were wrong with past strategies.
Reply  |  Post Message  |  Messages List  |  Start a Board
InformationWeek Is Getting an Upgrade!