After a year of hectoring from law enforcement officials and the threat of state and federal laws mandating security measures, mobile phone makers and mobile service providers have agreed to add an optional kill switch to smartphones.

CTIA-The Wireless Association, a wireless communications trade group, said on Tuesday that smartphones manufactured after July 2015 for sale in the US will include "a baseline anti-theft tool" that is either preloaded or can be downloaded. The voluntary agreement also stipulates that mobile carriers will support the availability and use of this tool.

The anti-theft software will be capable of: remotely wiping data from the device in the event of loss or theft; rendering the smartphone inoperable to unauthorized users, except for emergency services calls and, if available, user-defined emergency phone numbers; preventing unauthorized reactivation "to the extent technologically feasible"; and restoring operability and user data if possible and desired by the authorized user.

[OS makers, mobile app developers, and device users all have a role in protecting smartphones. See Mobility: Who Bears The Brunt Of Data Security & Privacy.]

Many smartphones already include or can accommodate software that performs similar functions. CTIA described its commitment as a baseline for the industry that will be available at no cost to mobile customers. The organization noted that participating companies may elect to offer features and apps that go further, like an audible alarm or the ability to activate a smartphone camera and transmit the captured image. An Apple patent application contemplates the possibility of an attack detection mode for a future smartphone that could automatically summon aid when activated. 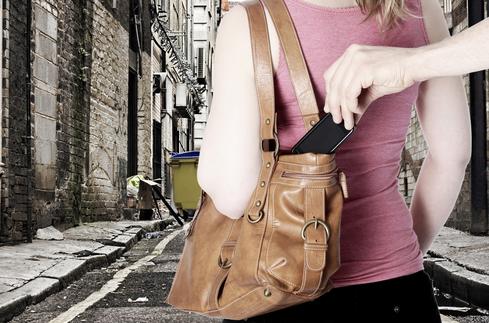 "We strongly urge CTIA and its members to make their anti-theft features enabled by default on all devices, rather than relying on consumers to opt-in," said Schneiderman and Gascón in a joint statement. "The industry also has a responsibility to protect its consumers now and not wait until next year."

Between 30% and 40% of all robberies in major cities nationwide involve the theft of a mobile phone, according to the Federal Communications Commission, which put the annual cost of mobile theft at $30 billion in 2012. In some cities like San Francisco, the percentage of robberies involving mobile phones is said to be closer to 50%. Approximately 1.6 million Americans were affected by smartphone theft in 2012, according to Consumer Reports.

Thomas Claburn has been writing about business and technology since 1996, for publications such as New Architect, PC Computing, InformationWeek, Salon, Wired, and Ziff Davis Smart Business. Before that, he worked in film and television, having earned a not particularly useful ... View Full Bio
We welcome your comments on this topic on our social media channels, or [contact us directly] with questions about the site.
Comment  |
Email This  |
Print  |
RSS
More Insights
Webcasts
What We Can Learn from Sports Analytics
Strategies for Success with Digital Transformation
More Webcasts
White Papers
The Dark Side of SD-WAN
The Network for Whatever's Next; A CxO Guide
More White Papers
Reports
Assessing Cybersecurity Risk in Todays Enterprises
The State of Cloud Computing - Fall 2020
More Reports

I don't know how much kill switch option is useful for smartphones ..
Reply  |  Post Message  |  Messages List  |  Start a Board

Security measures like this have limited value. But it's nice that remote wiping will be available for free...you know carriers wanted to charge for that. Professional cell phone thieves can rewrite IMEI numbers so those stolen moble blacklists are not perfect. Really, the answer is making mobile phones so cheap their loss isn't a big deal. If you're carrying $1,000 in the form of a mobile phone, it's going to be desirable to thieves, who know that most security measures can be reversed.
Reply  |  Post Message  |  Messages List  |  Start a Board

Anyone that had a Blackberry on a company network knows that this feature has been available for a long time with BES.  As an admin I've wiped many stolen blackberries by remote and restored new ones the same way.

I agree with you.  This is not bad, but good.  Very, very good.  Notice that this voluntary group includes most of the major carriers.

What they're saying is that they will give up monthly fees for this type of service to make it universally available (at least to newer phones).  Reactivation should involve a total wipe and re-initialization, possibly with a restore from a backup securely stored with the carrier.

Enabling the feature by default, as the attorneys mentioned in the article support is also a good idea.
Reply  |  Post Message  |  Messages List  |  Start a Board

No doubt ... hackers will bypass it ... sincerely I don't like the idea to have a kill switch pre-installed on my mobile. We have also to consider that a similar feature could be abused by a bad actor.

I don't like it.  What's next - kills switches on your car and house?  Pretty soon the hackers will be hacking into your phone when it's not stolen and killing it.
Reply  |  Post Message  |  Messages List  |  Start a Board

Carriers will also lose out on significant phone sales. When a phone is stolen, that person buys a new one, often at the non-subsidized price. That's big revenue for carriers and manufacturers. However, cutting down on demand for stolen phones by locking them will benefit the consumer.
Reply  |  Post Message  |  Messages List  |  Start a Board

Kill switches require carriers to be saddled with another regulation, and that means it is going to cost money for them to enforce. What this is going to mean is that those costs are going to be eventually passed on to the customer.

Is that good? No one likes the high rate of cell phone bills already, but the reality is that most of us depend on them. Kill switches are almost like a form of insurance for the consumer, and a way to reduce smartphone thefts which might ultimately reduce crime.
Reply  |  Post Message  |  Messages List  |  Start a Board

There are a number of apps can locate your phone in the event of loss, I have used one and was able to get the GPS coordinates to find it. It takes battery life, so the window is limited. I assume the kill switch would be the same. The idea is inline with the FCC regulation for electonic devices to accept input that is detrimental to operation. I believe there are sound reasons for this.
Reply  |  Post Message  |  Messages List  |  Start a Board

Do you see anywhere in any of these articles talking about how this enables to government? No, because that isn't the case and they leave it up the conspiricists and crazies like you to bring forth. Quit being ignorant, with these patches or not if someone who really knows tachnology and has to tools to do what they want... they can break into anything and most cetainly do this with or without these new features.
Reply  |  Post Message  |  Messages List  |  Start a Board
Page 1 / 2   >   >>
Editors' Choice
Hot Topics

10 IT Trends to Watch for in 2021 Cynthia Harvey, Freelance Journalist, InformationWeek,  12/22/2020
White Papers
The Network for Whatever's Next; A CxO Guide
A Practical Guide to SASE Migration
The Trouble with Phishing
2020 SANS Enterprise Cloud Incident Response Survey
From MFA to Zero Trust