However, despite the lack of a significant refresh for most of 2016, the Apple Watch proved the most popular of smartwatches as the company shipped 1.1 million during the quarter. However, it's a far cry from the 3.9 million devices Apple shipped in the third quarter of 2015. 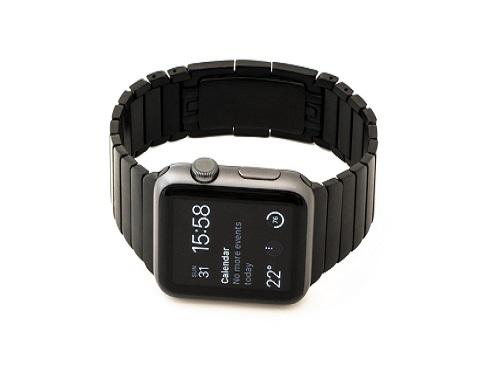 On Sept. 7, Apple announced its iPhone 7 and iPhone 7 Plus, along with the new Apple Watch Series 2, which went on sale later that month. Due to the timing, the IDC report was not able to include any of the new Watch numbers in its report, and the late-year refresh appears to have had a widespread effect throughout the entire market.

"The sharp decline in smartwatch shipment volumes reflects the way platforms and vendors are realigning," Ramon Llamas, research manager for IDC's Wearables team, wrote in the Oct. 24 report. "Apple revealed a new look and feel to watchOS that did not arrive until the launch of the second generation watch at the end of September."

Besides the Apple Watch refresh delays, Google's decision to hold off on its Android Wear 2 update, and the fact that Samsung announced, but did not release, its Gear S3 smartwatch, have also caused a significant slowdown in the market.

In addition, that market is in search of a purpose. The IDC report found that many of the top vendors have started to focus specifically on health and personal fitness to give customers a purpose to invest in these devices.

"Having a clear purpose and use case is paramount, hence many vendors are focusing on fitness due to its simplicity," Jitesh Ubrani, senior research analyst for IDC Mobile Device Trackers, wrote in the report.

"However, moving forward, differentiating the experience of a smartwatch from the smartphone will be key, and we're starting to see early signs of this as cellular integration is rising and as the commercial audience begins to pilot these devices."

In addition to Apple, Garmin, Samsung, Lenovo (through its Motorola division), and Pebble rounded out the Top 5.

Of the top vendors, Garmin had the best showing, with 600,000 units shipped, a 324% increase from the same period last year. Much of that has to do with the company's ConnectIQ-enabled smartwatches that have emphasized healthcare and fitness, in addition to its Fenix Chronos.

Samsung finished third with 400,000 smartwatches shipped during the quarter, a 9% increase year-over-year. Part of the company's success has been its Gear S2 device, which offers cellular connectivity. But IDC finds that the line is getting old, and is in need of a refresh from the Gear S3 -- which has yet to be released to market.

Scott works with the editors and editorial directors of InformationWeek, Dark Reading, and Network Computing to help build audience engagement for all three publications. He also oversees editorial newsletters for InformationWeek and works as the day-to-day news editor for ... View Full Bio
We welcome your comments on this topic on our social media channels, or [contact us directly] with questions about the site.
Comment  |
Email This  |
Print  |
RSS
More Insights
Webcasts
Protecting Your Enterprise's Intellectual Property
ROI and Beyond for the Cloud
More Webcasts
White Papers
The Insecure State of Microsoft Teams Security
Passwordless: The Future of Authentication
More White Papers
Reports
Annual Global State of the WAN
The ROI Of SD-WAN: Not Just A Numbers Game
More Reports

Smartwatches are a solution for a problem that does not exist. Overpriced toys that do too little for their cost. And as many studies show, the fitness apps cause people to be less fit compared to those who do not strap that expensive junk to their wrists.
Reply  |  Post Message  |  Messages List  |  Start a Board
Editors' Choice
Hot Topics